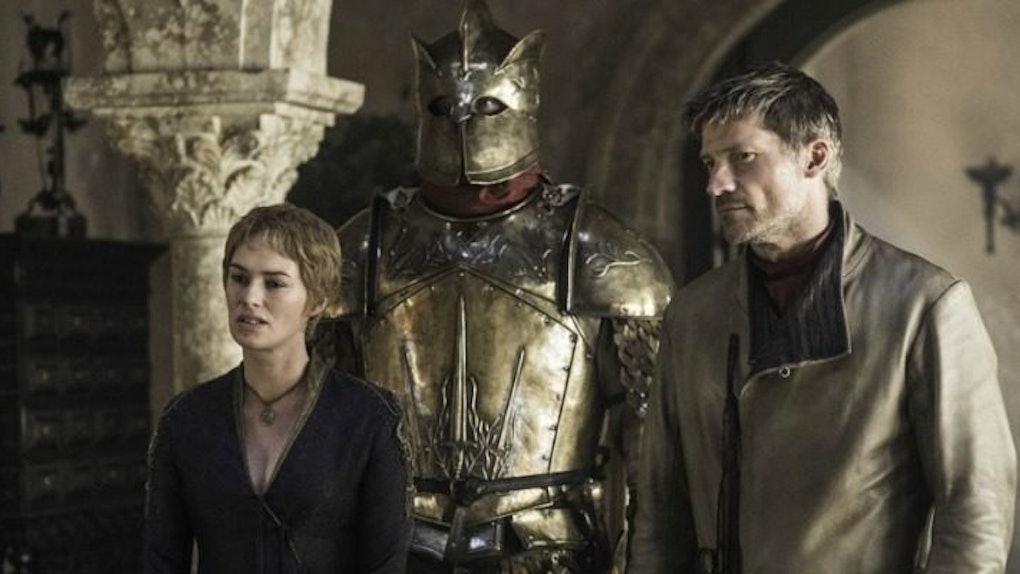 Sunday night, HBO's "Game of Thrones" gave us everything we wanted and more at the "Battle of the Bastards." It felt like watching "Lord of the Rings," except we actually saw dudes holding their intestines.

On the surface, the main talking points from season six, episode nine of "Game of Thrones" are the demise of Ramsay Bolton, the reclaiming of Winterfell and Daenerys Targaryen's successful squashing of the Masters' siege of Mereen.

However, one small scene involving arguably the smartest man in the Seven Kingdoms, Tyrion Lannister, may have provided a huge clue about one of the wildest "Game of Thrones" fan theories to date.

Earlier this month, we told you about a Reddit theory that claimed Cersei Lannister would become the "Mad Queen" and follow in the footsteps of the "Mad King," Aerys II Targaryen.

Part of what gave rise to this theory about Cersei is a scene in which Daenerys appears to be walking through a torched throne room. Was this a possible look into the future?

So, back to Sunday night's episode.

You'll recall Tyrion's conversation with Daenerys, in which he shares a story about Dany's father, the "Mad King," Aerys II, and his plan to burn King's Landing to the ground with wildfire if the Lannister army broke into the city.

He had caches of wildfire, hidden under the Red Keep. The Guildhalls, the Sept of Baelor.

Now, the "Mad Queen" theory about Cersei has some major context. We know she won't have The Mountain to defend her in a trial by combat, and we know her trial will instead be in the Sept. According to Tyrion, we know there is a whole lot of wildfire right underneath the Sept.

Cersei's conversation with Maester Qyburn at the end of episode eight this season also appears to confirm she knows about the wildfire underneath King's Landing.

So, if you connect the dots, it looks like Cersei may be about to make King's Landing go boom.