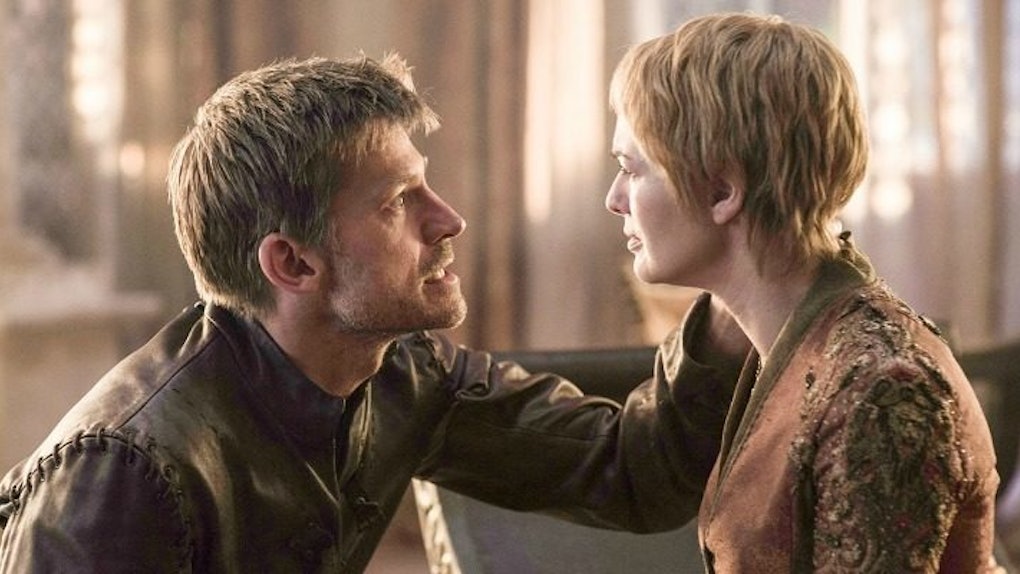 Another day, another insane "Game of Thrones" theory you probably never thought about before but now can't imagine your life without.

The last time we saw Cersei Lannister, she was getting verbally slapped by Olenna Tyrell. Cersei pleaded with one of the wisest women in Westeros to help her fight the High Sparrow, but Olenna told Cersei she's responsible for putting both the Lannister and Tyrell houses on the verge of extinction.

Obviously, this dressing down didn't appear to sit well with Cersei, and that's where this insane new "GoT" theory comes into play. According to Reddit user redough, Cersei Lannister will become the "Mad Queen," similar to the notorious "Mad King" (Aerys II Targaryen).

This actually makes a lot of sense. Back in season five, episode one ("The Wars to Come"), a young Cersei Lannister has a conversation with some kind of witch-like figure.

This turned out to be true, of course, as Cersei was wed to Robert Baratheon.

Next, Cersei asked the witch if she will be queen, to which she said "yes," but only until a younger woman comes in to take everything from her.

Then, Cersei asked the witch if she'll have children with the king. The witch said "no." She said the king will have 20 children while Cersei will have only three (Joffrey, Tommen and Myrcella).

The witch then casually told Cersei all of them will die. So far, she's two for three, which doesn't bode well for young Tommen.

The theory posed by redough on Reddit claims if Cersei's champion, "The Mountain," dies in a rumored fight against "The Hound," and Tommen eventually bites the dust, too, Cersei Lannister will completely lose her shit and become the "Mad Queen."

Similar to the "Mad King," this theory holds Cersei will attempt to burn King's Landing to the ground with wildfire, which we're all familiar with at this point.

If you recall from season two, there is also a great quantity of wildfire in the passages underneath the Iron Throne, so this is definitely possible.

Remember this vision of a torched throne room Daenerys had back in the season two finale of "Game of Thrones"? Was this a look into the future?

According to reports, the witch made one last prediction to Cersei, saying,

And when your tears have drowned you, the valonqar (High Valyrian for “little brother”) shall wrap his hands about your pale white throat and choke the life from you.

What's up, Jaime Lannister? Or, what's up Tyrion, Bran or Rickon?

I love this show, and anyone who says otherwise is madder than Cersei will ever be.