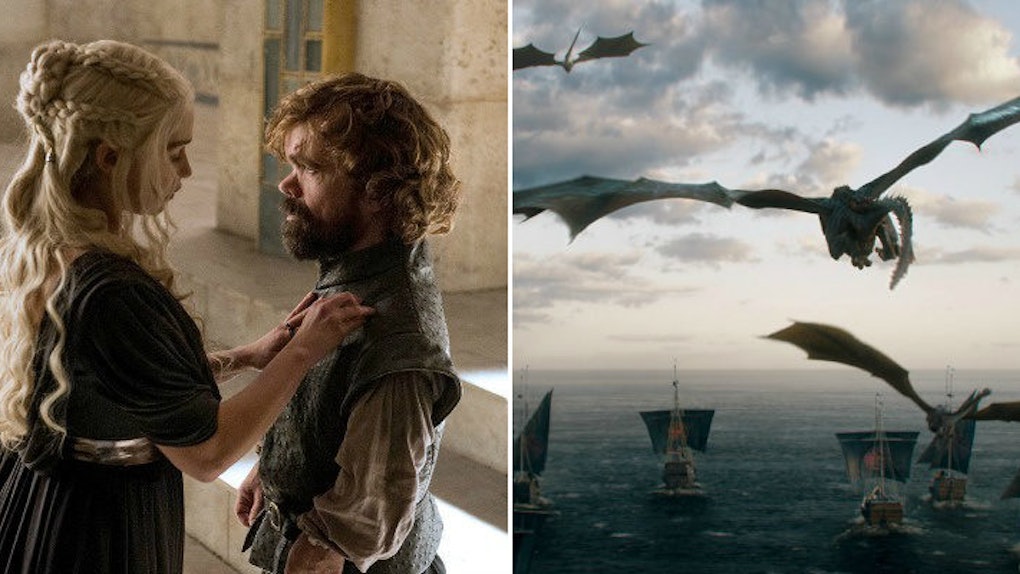 With season six of "Game of Thrones" officially in the books, it's time to turn our attention to the seventh season of the greatest show on television.

You know what that means: Theories are coming!

It's hard to imagine life getting much better than the apparent confirmation of Jon Snow as a Targaryen-Stark, who undoubtedly has the most legitimate claim to the Iron Throne. But this latest "GoT" theory will get you just as amped up.

Based on the closing scene of Sunday night's season six finale, "The Winds of Winter," it's pretty much a certainty Daenerys Targaryen is going to ride into battle atop Drogon. But who is going to ride the other two dragons?

Well, according to a theory about the "three-headed dragon," which we heard about in the House of the Undying back in season two, the two riders who will join Dany are Jon Snow and Tyrion Lannister.

Oh, yeah, can't you just see the three most badass characters on "Game of Thrones" gliding through the sky, burning King's Landing to the ground? That shit's going to be so lit.

The above-referenced theory holds both Tyrion and Jon are actually Targaryens, which is why they'll be able to ride dragons. We're pretty much certain Jon Snow is the son of Lyanna Stark and Rhaegar Targaryen, and there are whispers Tyrion is the son of Joanna Lannister and Aerys II Targaryen.

We've heard Tywin Lannister say on multiple occasions Tyrion is no son of his, which looks like it has a much deeper meaning than just Tywin being ashamed of Tyrion for being a dwarf and killing his mother during birth.

After watching Sunday night's finale, we also know Tyrion is the Hand of the Queen, which proves he isn't leaving Dany's side anytime soon. Based on previous seasons, it appears Tyrion is pretty good with dragons. He didn't get eaten or burned to a crisp. So, yeah, he's pretty much a dragon master.

I can't wait to see Dany, Jon and Tyrion riding around Westeros on dragons, but until I learn to time travel like Varys (How did he get from Dorne to Meeren so quickly?!), that's exactly what I'm going to have to do.

Citations: This 'Game of Thrones' Theory about Tyrion just got some compelling new evidence (Mashable)