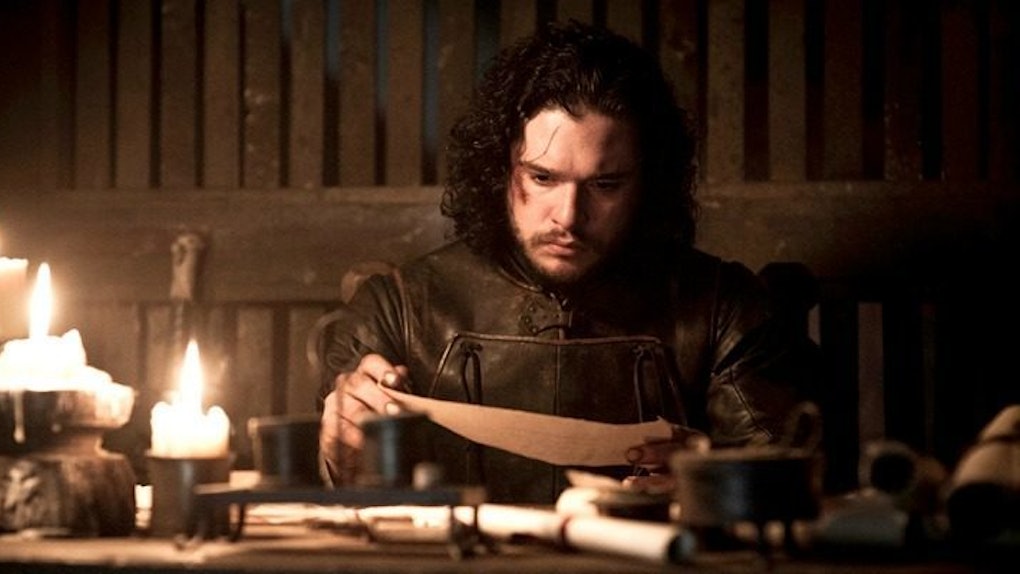 Thanks to a very popular Reddit fan theory, we have a pretty good idea of what Jon Snow's real name might be. Thanks to a recent post by HBO's "Game of Thrones" blog, we know for certain who Jon Snow's father is: Rhaegar Targaryen.

Of course, we already knew the identity of Jon Snow's mother, Lyanna Stark, after watching the Tower of Joy scene in the season six finale of "GoT."

So, case closed, right? We know R + L = J, and Jon Snow is probably the most legitimate heir to the Iron Throne. Good. Great. Grand.

Well, hold on just a minute because even though the true identity of Jon Snow's father seems common knowledge now, Siri isn't ready to give you the straight-up answer you seek if you ask her about Snow's dad.

Siri won't deny Rhaegar Targaryen is the correct answer, but her sly responses are anything but straightforward.

Damn, Siri. Why you gotta be so hot and cold with us? HBO already confirmed Rhaegar Targaryen is Jon Snow's father, so why can't you just give us the direct positive reinforcement we need?