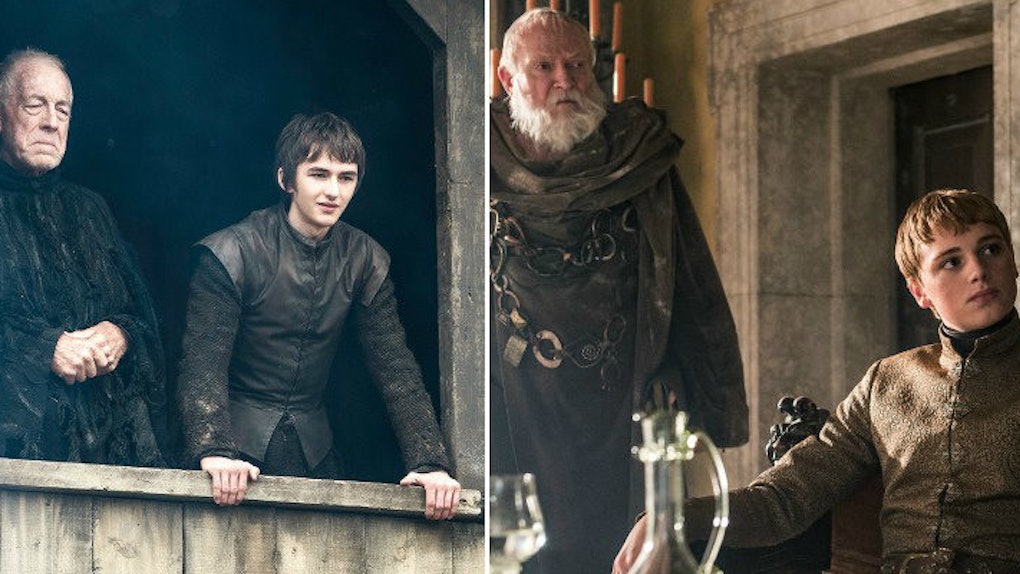 When you play the game of thrones, friendships and loyalties are often betrayed quicker than you can say, "hold the door."

However, that certainly doesn't appear to be the case for Bran Stark and Tommen Baratheon... at least when it comes to the actors who play them, anyway.

According to their Twitter and Instagram accounts, "Game of Thrones" actors Isaac H. Wright (Bran) and Dean-Charles Chapman (Tommen) are as inseparable as Lucy and Ethel, Bonnie and Clyde and peanut butter and jelly.

Check out this recent tweet by Wright, in which he calls Chapman a "beautiful man."

Naturally, Chapman didn't waste any time returning the love to his brother from another mother.

Apparently, Bran, Tommen and Myrcella are all pretty close outside of working together on "Game of Thrones."

I mean, only best friends go camping together, right?

And what's a "cheeky" meal at Nando's without your partner in crime?

Chapman and Wright appear to be joined at the hip when they're not in Westeros, and I'm really, really happy about it.

Citations: These 'Game of Thrones' stars have the most adorable friendship IRL (Mashable)