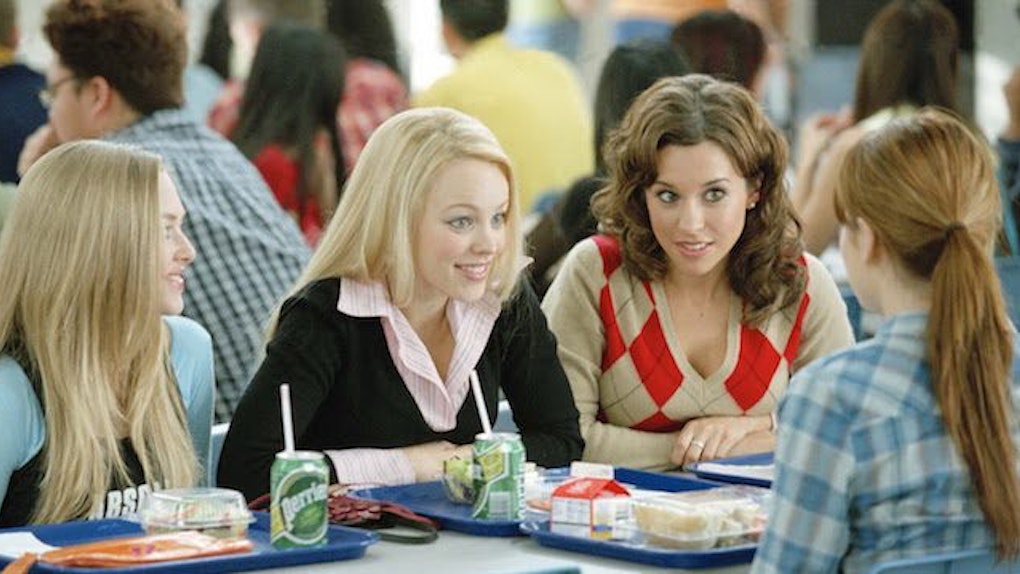 A 'Mean Girls' Novel Is Coming Out This September

A whole new iteration of the "Mean Girls" saga is about to hit us like a bus.

Tina Fey's beloved quote machine of a movie is making the jump from the screen to the page for a novelization out in just half a year, on September 12.

I personally think they should have pushed the release date back a month so it could have been released on October 3, but I guess not everyone's a marketing genius.

Anyway, there's a lot for fans of the classic teen comedy to be excited about with "Mean Girls: A Novel."

For one thing, the book is going to be told from the perspective of various characters as opposed to only Cady Heron relaying the story.

That means we'll likely get to really find out what was going on inside Gretchen Wieners' mind when she finally cracked and gave that Brutus-stabbing-Caeser speech, or what nasty things are too evil for even Regina George to say out loud.

I'm also putting my money on a nonsensical, five-word chapter from the inside of Karen Smith's mind in the vein of "As I Lay Dying." ("Mean Girls" fans love Faulkner, right?)

The other exciting thing is unlike the cringe-inducing hellscape that was 2011's "Mean Girls 2," it sounds like this won't suck!

Entertainment Weekly published an excerpt of the novel's first chapter, and it flows very well, transporting readers back to the movie's opening scene in which Cady's parents nervously encouraged her before her first day in a public high school.

It's clear the novelization is in good hands with its author, Micol Ostow, who has had a lot of work transforming beloved, female-led cult hits into books.

Before this, Ostow worked as a ghostwriter for various novelizations of series like "Charmed" and "Buffy the Vampire Slayer."

And of course, when it comes to talk of "Mean Girls" adaptations, the limit does not exist. Along with this upcoming novel, the 2004 cult comedy is also being made into a musical, and its star Lindsay Lohan is campaigning hard for a sequel.

You can pre-order your copy of "Mean Girls: A Novel" on Amazon right now.