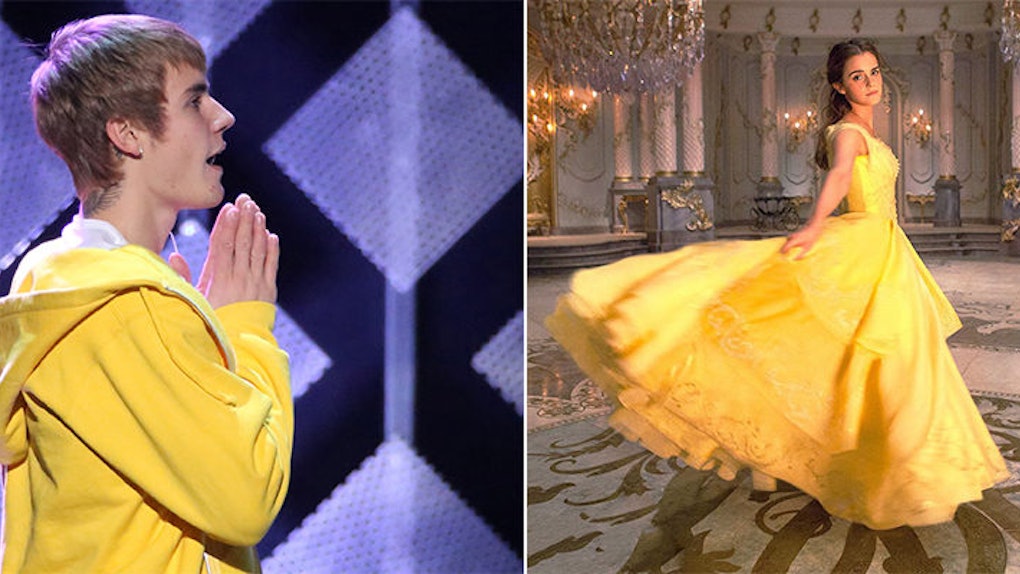 'Beauty And The Beast' Doll Looks Just Like Justin Bieber

As the hype continues to grow around the new live-action version of "Beauty and the Beast," dolls have been released for sale.

The dolls are supposed to resemble Emma Watson, who is playing Belle in the upcoming movie.

But shoppers have been disappointed — and amused — to find that this doll definitely does not look like the "Harry Potter" actress. In fact, the Belle doll looks an awful lot more like Justin Bieber, of all people.

Check it out for yourself:

The doll is really, really not a good look.

They tried, I guess, but this Belle does not look like Emma Watson, or even the original animated version of Belle.

And Twitter has definitely noticed this major "Beauty and the Beast" discrepancy.

While many people see the resemblance to Bieber, others are seeing someone else when they look at the "Beauty and the Beast" doll.

Others get more of a "Bella Swan pregnant with demon fetus" vibe.

Which is a pretty good comparison, actually...

And then, there's Whit O'Brien, who sees Lord Farquaad from "Shrek" mixed with the Queen of Hearts from "Alice in Wonderland" mixed with Bieber.

The doll does kind of look like Watson, if you squint hard enough.

The major issue, basically, is that the hairline has been pushed back way too much on the "Beauty and the Beast" doll, changing the shape of her face and erasing much of the resemblance.

Although the look of the "Beauty and the Beast" doll may have been a disappointment, it did come with some more excitement for the film.

We got our first preview of Watson singing the song "Something There" from the movie last week. You can hear it in videos of the doll.

Guess we'll have to wait until the movie comes out on March 17 to find out if the Biebs is actually in it.