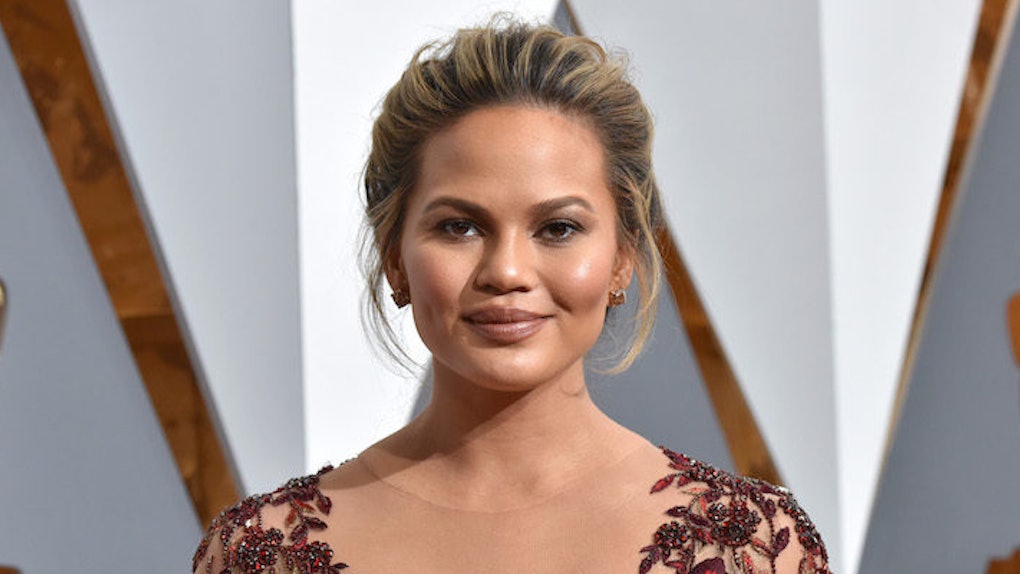 First of all, if you're not following Chrissy Teigen on Snapchat, you're really missing out.

On Tuesday, Chrissy posted a video on Snapchat showing the differences in her selfie before and after using a makeup app.

I'm not sure why, but she laughed while demonstrating how the app works. Personally, I can hardly see any changes in the photo, so maybe that's why she was laughing.

But after looking closely, you can see the changes the app made to her selfie.

Here's Chrissy's face before the makeup selfie app is applied...

...and here it is after the app is applied.

It took me a while to spot them, but there ARE differences here.

Personally, I'd like to put in a request that Chrissy not go any further and get even more beautiful because I don't think my self-esteem could take that.