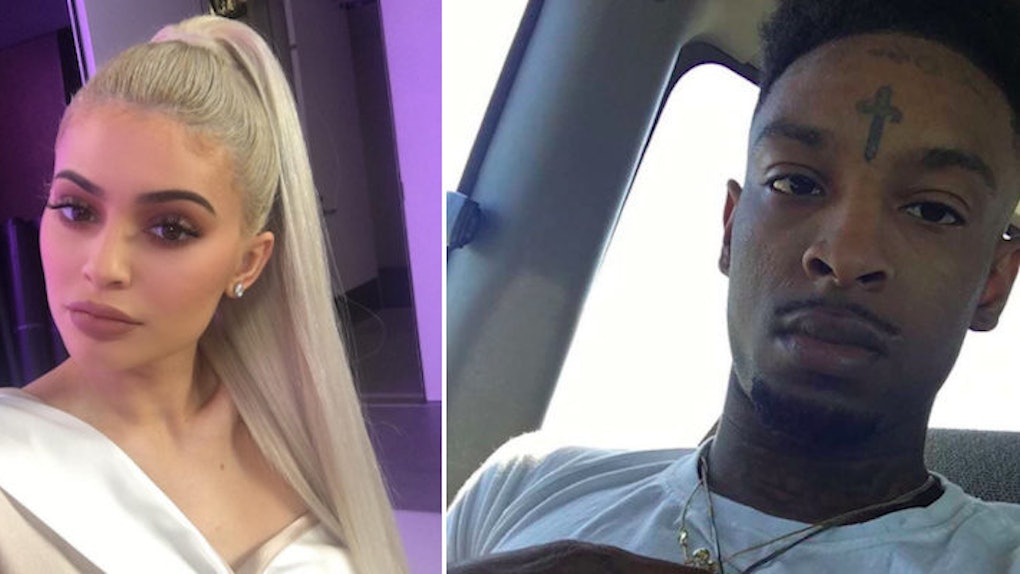 It's been months since the Ky and Ty break that allowed us to experience an alternate universe wherein Kylie Jenner dated rapper PARTYNEXTDOOR.

Now, the rumor mill is kicking back up, just milling out rumor after sweet grain of rumor regarding Kylie and rapper 21 Savage.

Despite Kylie and rapper boyfriend Tyga's recent display of over-the-top mutual obsession, Twitter is convinced the reality star is cheating on her long-term man with another artist.

This tweet comes months after he claimed she would one day be his, like a bagel or a hat or a third possession without the ability to make its own decisions.

Imagine 21 Savage getting with Kylie Jenner and being on Keeping up with the kardashians — B R O C K(@troytheblackguy) November 22, 2016

@21savage @KylieJenner tyga gonna show up at your house like pic.twitter.com/yctq52TAvP — (@fuckvisuaI) November 22, 2016

TBH, I live for drama. No, literally, I pay my rent with money I make covering celebrity drama. I need it to eat. I need it to sleep indoors. Still, Kylie and Tyga appear to be in a solid place.

There's no way Ky is babysitting Tyga's son, King Cairo, one week and slinking into the shadows with 21 Savage the next. She has a business to run, people. She doesn't have time to entertain multiple men of lesser success.

Citations: The Internet Thinks Kylie Jenner Is In a Love Triangle With Tyga and Another Rapper (Seventeen)