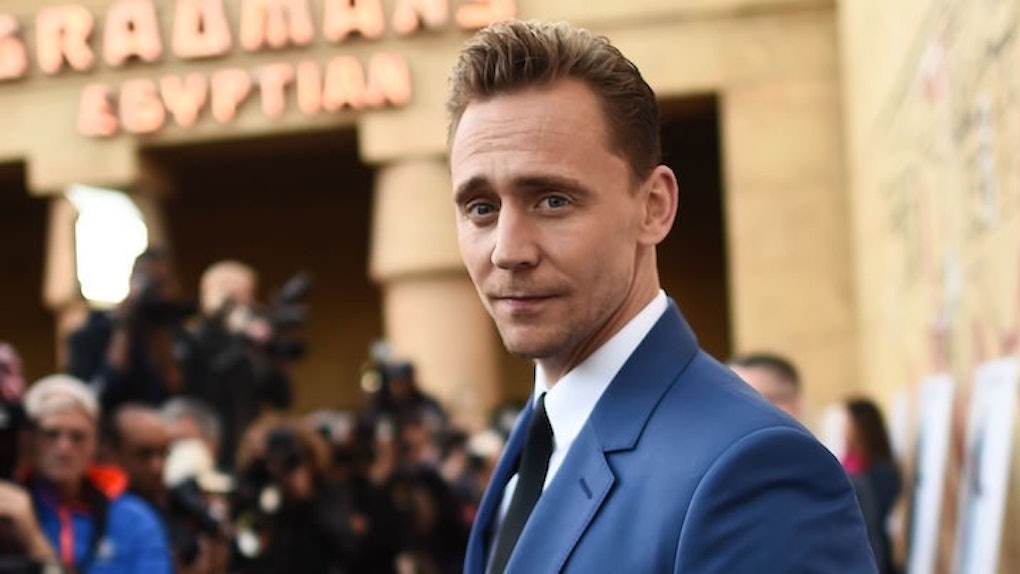 Despite winning the award for Best Actor at the TV Choice Awards this week, Tom Hiddleston has been looking pretty blue following his breakup with Taylor Swift.

The 35-year-old British actor was seen for the very first time since the couple split after just three months of dating. The look on his face speaks volumes.

Tom was spotted out on Australia's Gold Coast as he chatted with a few man pals as they sipped sweet beverages and wore fitness gear.

It was like a scene out of a movie (about a Hollywood actor being dumped by a superstar singer).

Taylor Swift on the other hand, well, she seems to be doing just fine.

Photos surfaced on the web showing the 26-year-old singer smiling gleefully as she strolled around in New York City.

It makes PERFECT sense as to why Taylor would be so chipper and Tom would be the complete opposite.

According to Daily Mail, it was reported that Taylor Swift dumped Hiddleston after he asked her to join him on the red carpet at the upcoming Emmy Awards this month.

Swift, who just couldn't mentally process WHY on Earth her boyfriend would ask her to a prestigious awards show, began to question Hiddleston's motive and his sole purpose for dating her.

It's only a matter of time before one of these stars confirm the cold, hard truth behind their sudden split...

Back in June they were doing quite alright (or so it seemed).

But from the looks of it, Taylor seems to be the one who called off their newly-established relationship. Or, maybe their entire bond WAS A FABRICATED LIE.