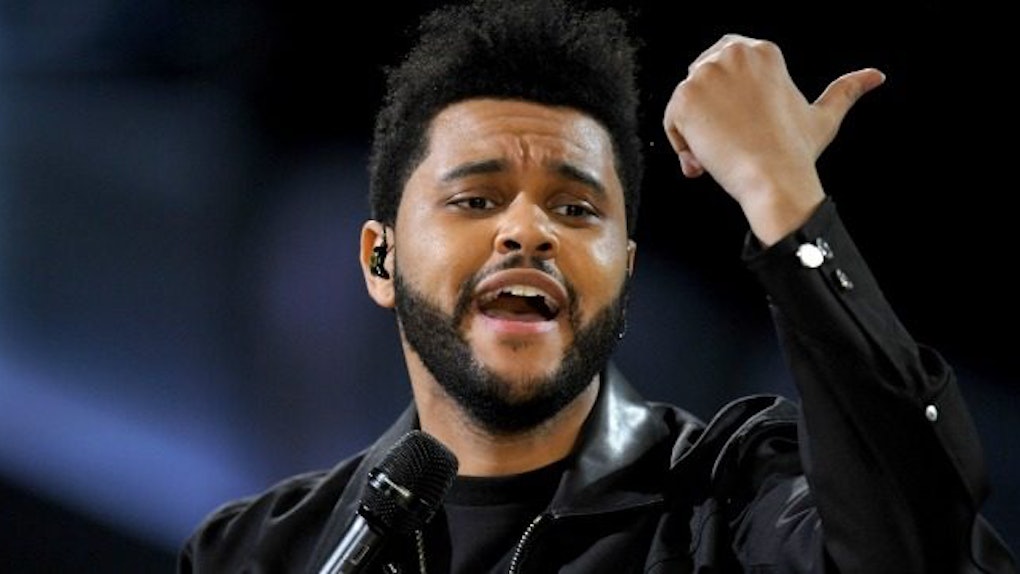 The Weeknd Throws Shade At Justin Bieber In 'Some Way'

The Weeknd, Selena Gomez and Justin Bieber walk into a bar...

OK, more like an epic back-and-forth feud via songs and social media, but wouldn't adding alcohol to the mix make things that much better?

Instead of attending the 2017 Grammys Sunday night, Justin Bieber hosted a Q and A with fans via Instagram Live.

During the interview, one of his fans asked Bieber what his current favorite song is, to which the 22-year-old said,

If that isn't throwing shade at The Weeknd because he's currently dating Biebs' ex, Selena Gomez, I don't know what is.

I'm not sure if The Weeknd heard Justin Bieber's little dig, but I can say with almost 100 percent certainty The Weeknd just shaded and dissed the crap out of Justin Bieber in his new song.

Without further ado, I give you The Weeknd's verse in "Some Way."

If I'ma talk, I'ma talk, I'ma keep it real Me and my boys, and my boys, we will split a pill Noodles and pots in a pot was a nigga meal Now that we on, that we on, we gon' split a mill I take a jet, take a jet when I'm overseas None of my girls, of my girls gon' get over me Shout out to Hawk, shoutout Dooly, shoutout Hennessy Them be my bros, be my bros till the death of me Nobody know, body know how I really be I got some bars for a nigga if he wanna see Dress up your talk if a nigga wanna talk to me Fuck your phone calls, I don't want apologies Everyone said, yeah they said I was gonna peak Most number ones, number ones in a nigga league I think your girl, think your girl, fell in love with me She say my fuck and my tongue game a remedy

I mean, just read those last two lines over again.

Wait, it gets better! If you're still not convinced The Weeknd shaded Justin Bieber over Selena Gomez with those two lines, take a look at what he said in the chorus of the song.

It appears quite a few folks on Twitter also picked up on the major shade thrown at the Biebs by The Weeknd.

Abel dissing the shit out of Justin Bieber in the chorus of "Some Way" — The Tweeknd (@KeepItOnTheXO) February 15, 2017

The Weeknd and NAV had some major shots at Justin Bieber when making this song #SomeWay — Rithvik (@xRITHVIKx) February 15, 2017

Citations: Is The Weeknd hitting back at Justin Bieber in new track Some Way over Selena Gomez? (Metro)