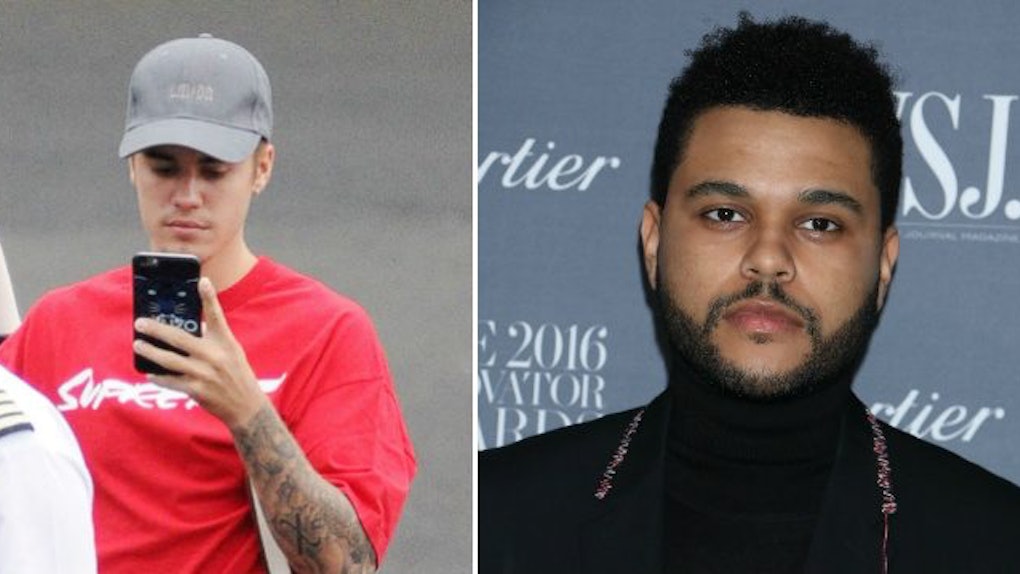 On Sunday, February 12, The Weeknd was trying to figure out what to do with his hands while performing his hit "Starboy" on stage at the Grammys.

Meanwhile, Justin Bieber, who was nominated for four awards including Album of the Year for "Purpose," chose not to attend the award ceremony.

Instead, he posted a super salty Instagram Live video and seemed to have dragged his ex Selena Gomez's new boyfriend.

In a Q and A with his fans on the social media app that he just returned to after a seven-month hiatus, one person asked Bieber what his favorite song was at the moment.

Bieber responded in a deadpan fashion,

Uh. 'Starboy' by the Weeknd.

Oh, shit. That was funny.

We've got to end it now. Oh, that was too funny. Bang, bang!

I'm not sure why, though? It's been how long since Bieber and Gomez were a couple? Like since 2014?

Ah, but it's true... you never do get over your first love, do you?

Just last month, when Bieber was asked if he could listen to a song by The Weeknd, he said,

Hell no, I can't listen to a Weeknd song. That shit's whack.

It seems like the little bit older, little bit wiser singer The Weeknd is taking the high road and ignoring these comments made by the Biebs.

After all, he's the one who gets to go home with Selena.

Word of advice, Justin: The sweetest revenge is a well lived life. Also, stop throwing shade at your ex and her new boyfriend -- it just looks desperate.