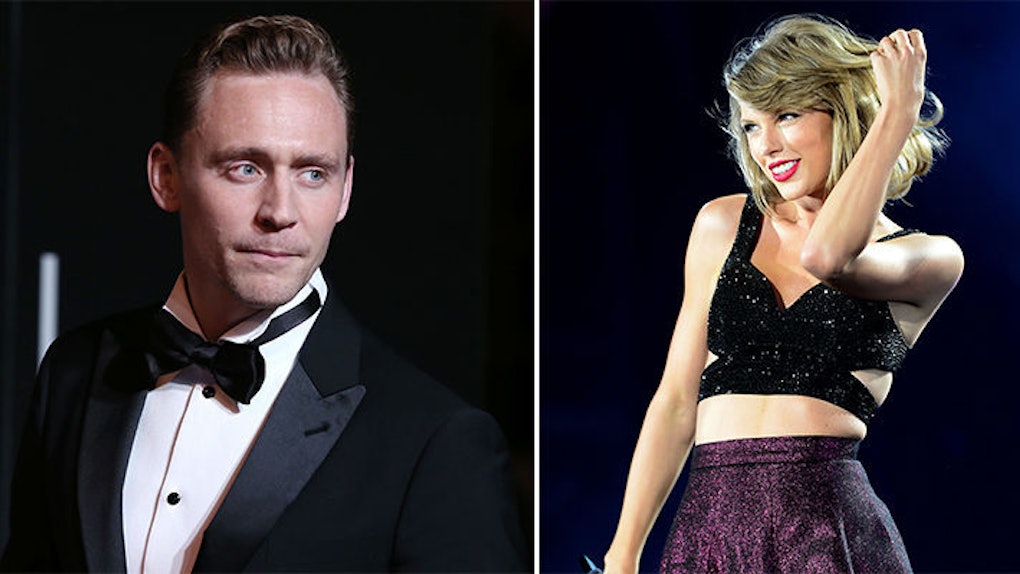 Now that Taylor Swift and Tom Hiddleston's sham of a relationship is finally over, we can all focus our thoughts on what's really important: How Taylor will leverage the death of love to make catchy pop songs?

I know that's kind of belittling, and I get “Taylor dates to write songs” is the oldest joke about Swift out there, but it definitely is based in some reality. I'd like to believe it's not the ONLY reason she dates people, but it for sure has at least some bearing on who she dates.

She's kind of like a sympathetic Claire Underwood that way.

Though it only lasted three months, her relationship with Tom Hiddleston will go down as one of the more memorable love moments in Taylor's life. Sure, he doesn't have the star power of Harry Styles or the overall bad-boy appeal Calvin Harris has, but what he lacks in those categories he more than made up for in the why-is-this-happening department.

Why did they go out? WHO THE HELL IS HE? Would their child just be a jar of mayonnaise?

We will never know these answers.

What we do know is for the rest of time we will be deciphering their relationship through the songs on her next album.

That album, by the way, will be full of songs with the following titles... probably.

“Between A Rock In Rhode Island And A Hard Place”

“The Sun Will Come Out TOMorrow”

"It's Too Late to Say Thor-ry"

"Loving You Is Kong And I Want to Be Right"

"You And This Relationship Are Old"

BOOM, there is your entire album, Taylor. You're welcome.

I'll be expecting residuals in the mail shortly.