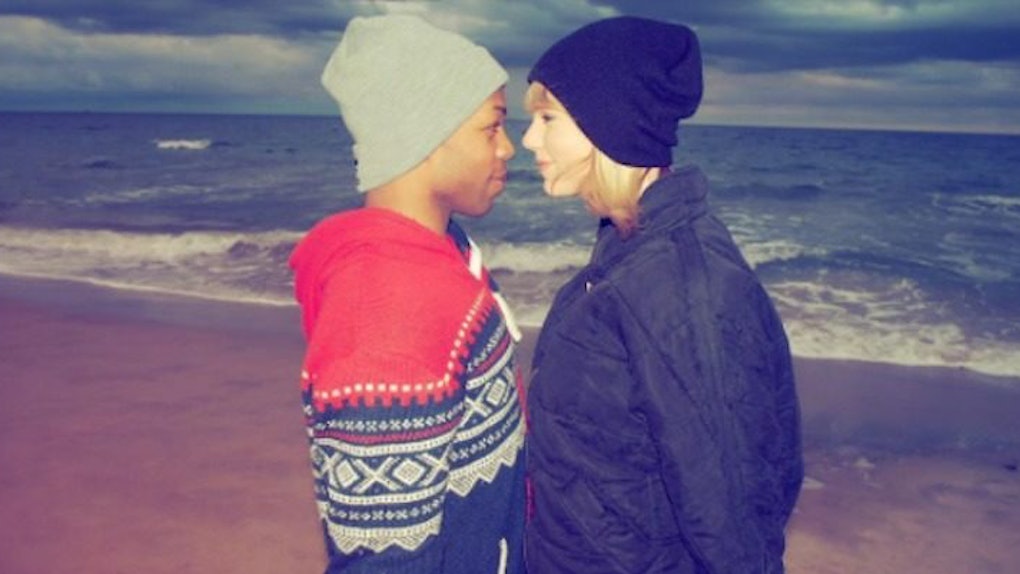 Leave it to Taylor Swift to be the queen bee of Friendsgiving like the total boss she is.

The 26-year-old singer-songwriter is constantly surrounded by a group of close friends and family for pretty much every major event and holiday.

Taylor and Gigi even rocked matching patriotic bathing suits because they're goals AF.

For real, I had major FOMO when they blew up Instagram with all of their awesome pictures.

Hey girl hey, Taylor, can I get an invite too?!

I wouldn't expect anything less than some fun-filled squad action from Taylor when she celebrated this Thanksgiving.

Our girl flooded Instagram a couple of days ago with adorable #SquadGoals pictures she took with her friends.

She got a sweet piggyback ride from Lily Donaldson, and the crew even managed to grace all of us with an epic mannequin challenge on the beach.

After the camera whips around to the elite group of mannequins, they all go wild and start to dance to Black Beatles.

Martha Hunt and Taylor's brother, Austin, were also among the bunch.

The highlight of the celebrating, in my opinion, was when Taylor teamed up with her pal Todrick Hall to recreate (and totally crush) "Part of Your World" from "The Little Mermaid."

Their voices are sweet magic to the ears.

Taylor slays it on the piano while Todrick dances around.

UM hey guys, want to give us a little more Taylor-Todrick action and come out with a duet together?!

But hold up… I think the real question (low-key) on all of our minds here is... did Drake get an invite to this squad fest?!