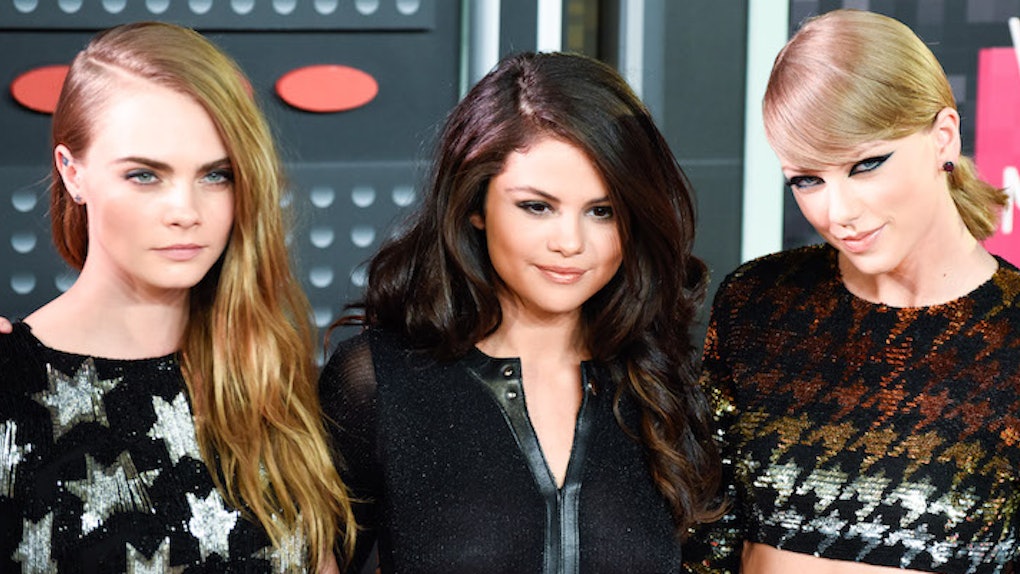 Taylor Swift has better things to do than to put up with Kanye's petty games anymore.

In fact, she's done giving a fuck about what the "Famous" rapper thinks about her and has chosen to completely ignore the fact he took his angst to Nashville, the city of Taylor's pride and soul.

After Kanye West riled up the Southern crowd on Saturday night with a three-time performance of "Famous," Taylor decided to take the classy route, as always, and set up a dinner date with her star-studded buds.

According to ET, the "Blank Space" singer rallied up Lorde, Jack Antonoff, Cara Delevingne and Suki Waterhouse for a bite to eat at the Waverly Inn in New York City.

I wonder how many times Kanye's name was mentioned at the table. I bet it was zero because they have more important things to talk about.

Either way, Tay really brought her style game to the table, and we're loving her new looks.

She rocked a cute new 'do and a black dress with an adorable fall jacket. Looks like she's on the prowl for her next song inspiration.

Cara was looking pretty fine, too, crop top and all.

I wish my squad was this cool... I also wish I had a squad.

This wasn't the first time Taylor was spotted out on the town with her pals since her breakup with Tom Hiddleston, though, and it certainly won't be the last.

She's been seen showing support at her BFF Gigi Hadid's fashion show and at a high-profile celebrity party in Los Angeles where she took to the dance floor with Mary J. Blige.

Needless to say, our girl is doing JUST FINE.

Kanye can try to put her down all he wants, but all he's going to get in return is Swift shade.