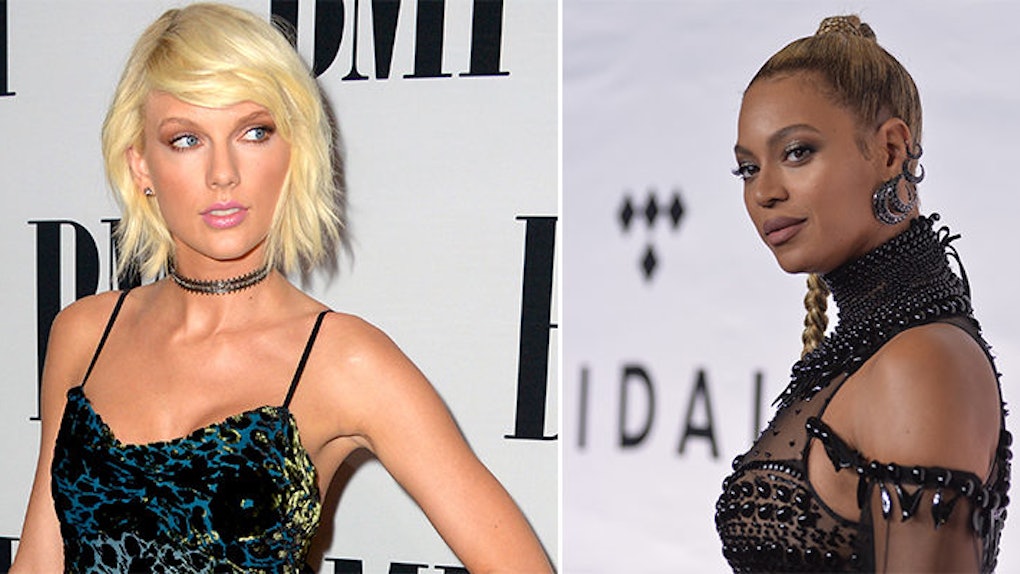 I can't help but laugh when people wonder why Drake might be working on new music with Taylor Swift.  I don't know... Let's see.

He's already smooched Madonna on the lips and named a song after her. He's worked on music with Beyoncé numerous times.

Rihanna is basically the love of his life, and they've also worked on music together.

As far as important women in music go, Drake is left with none other than Taylor Swift. I mean, why wouldn't he want to work with one of the most successful women in the industry? Not to mention, she's got the numbers to prove it!

The 26-year-old singer raked in the most cash this year and has been named the highest-paid woman in music by Forbes. Taylor Swift beat out artists like Madonna who ranked number three with $76.5 million and Rihanna who came in with $75 million at number four.

Other female artists include Beyoncé at the number five spot who generated $54 million and Adele at number two with $80 million. So this makes us all wonder... how much money did Taylor Swift bring in if Adele's got $80 million under her belt for the year?

Perhaps the craziest part about this news is that not only is T. Swift the highest-paid act on this list, but she's also the YOUNGEST. Take that, Swift haters!

Despite the fact that her last album 1989 was released in 2014 and all she did this year was deal with drama, the Pennsylvania native didn't let any of that stop her from bringing home the gold.

To top things off, last year's winner for highest paid woman in music was none other than Taylor Swift's archnemesis (since Kim Kardashian isn't in the music industry) Katy Perry.

Man, that has got to be SO awkward...

This is especially so considering that Katy was just seen at a Kanye West concert throwing some MAJOR shade at Taylor. Katy placed number one last year with $135 million. This year she came in at number six with just $41 million.

I'm sure Taylor's giggling somewhere with her cat Meredith right about now...

And thanking her wonderful fans, of course!