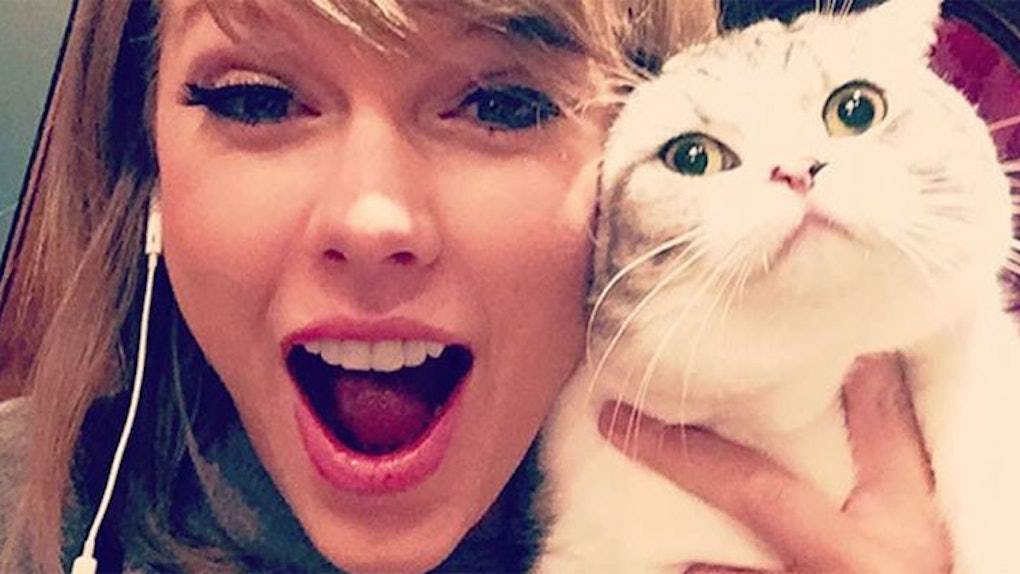 If you're an animal lover in New York City, Taylor Swift's cat is probably wondering why you haven't stopped by to say "hello" yet.

The 26-year-old singer's cat Meredith was spotted chilling by the window of her Manhattan apartment by a fan on Twitter. This is breaking news, guys.

You know why? Because it's Taylor Swift's freakin' cat. And if T-Swift's cat is giving you the googly eyes from a nearby window, it's going to make the news.

I mean, do you even know who Meredith is?

When a loyal Taylor Swift fan spotted her perched by the window of Taylor's NYC apartment, she couldn't help but share the run-in with Twitter.

Meredith apparently stared at the T-Swift fan for 10 minutes.

There's been no word on how many meows she belted out.

Some fans aren't sure how they'd be able to contain their excitement.

This is a huge deal, in case you haven't already noticed.

Others were shocked to see she was still alive.

Obviously, people. Can you imagine the glam squad Taylor has on her payroll SOLELY to take care of Meredith?!

One thing's for sure -- if you ever get the chance to meet Meredith, consider yourself really lucky.

She doesn't come out to greet just anyone.