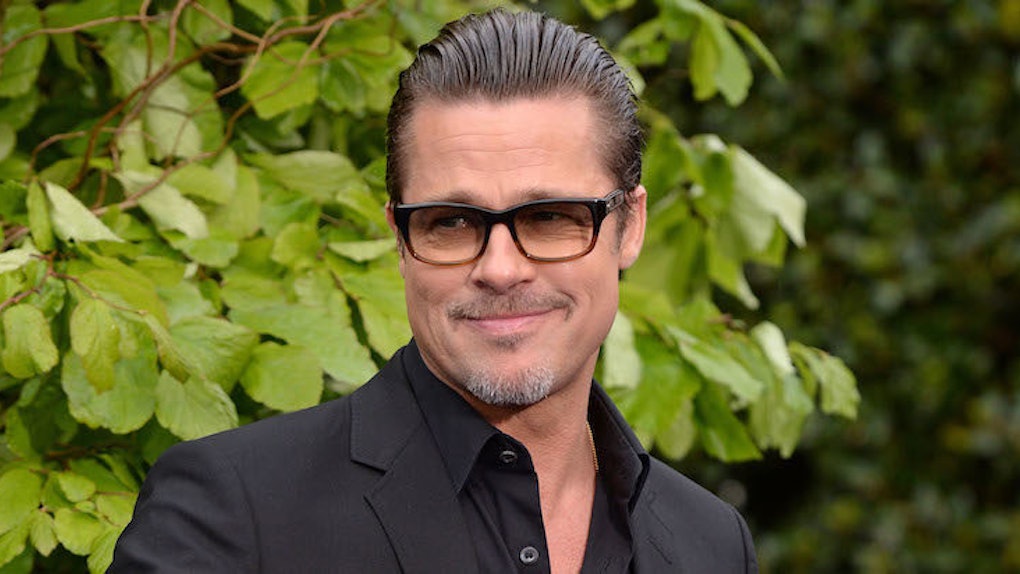 Brad Pitt's inner circle has come out in defense of the newly single dad after allegations of verbal and physical child abuse.

I think we can all agree it's been a really shitty September for Brad Pitt. The 52-year-old actor ended his marriage and is now dealing with a potential child services investigation.  The probe comes after Pitt allegedly got drunk and violent on a plane from France to the US.

A source close to Pitt says the rumors are bogus, though, and that Brad is a solid dad at the end of the day.

He is one of the best dads I have ever known. He's very good at keeping things calm and telling them how they should be behaving, reminding them to be kind, to be respectful to each other. He has always been there for the kids.

The source went on to claim there wasn't a history of violence in the family with Brad, saying,

He does care so much about the kids and he cares about them having structure and routine, but that is because he is a wonderful dad. I have never heard him or seen him being pushy or hurting them, or being too tough with them, at all.

There have been conflicting reports over the past few days as to whether or not Pitt is actually being investigated over the abuse allegations and who that investigation is being conducted by.

The LA County Department of Children and Family Services reportedly interviewed both Angelina Jolie and Brad Pitt separately after someone anonymously reported the plane incident. They plan on interviewing the ex-couple's children next, and could open up an investigation pending their findings.

TMZ is claiming because the incident took place mid-flight, the investigation falls outside of the LAPD's jurisdiction and had to be handed off to the FBI.

Another anonymous source who was on the tarmac told reporters,

He takes the matter very seriously and says he did not commit any abuse of his children. It's unfortunate that people involved are continuing to present him in the worst possible light.

Pitt is currently fighting Angelina for joint custody of their six children.

Citations: Family Source Defends Brad Pitt He Is One of the Best Dads I Have Ever Known (PEOPLE)