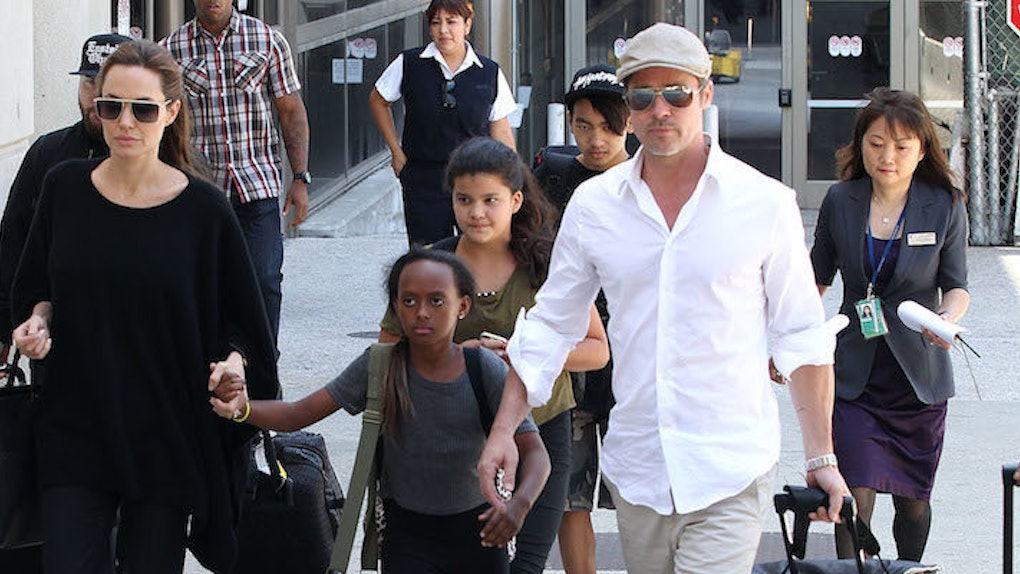 Are you done wiping the tears from Tuesday's devastating Brangelina split yet?

OK, good, because shit's getting messy, and there's no more room for crying.

We all know Brad Pitt and Angelina Jolie have, like, a mind-boggling amount of children, right?

And by "mind-boggling," I mean six.

After Angelina filed for divorce from her Hollywood hubby -- which we still can't get over -- we couldn't help but wonder where the hell all of these kids were going to go.

Will they take turns mansion-hopping between the actors' homes week by week? Or stay put under one mega-star's roof?

According to a report by TMZ, Angelina is being one greedy mama and hopes to have sole physical custody of all of her children -- allowing Brad visitation rights only.

Although there are reports Brad has been hitting the bong a little too hard lately, is there really reason to take his children away from him completely? That just seems not cool.

Sources told TMZ the "Fight Club" actor isn't going to let this happen and will "fight hard" for joint custody of his children.

Although he's shaken by his ex's wishes, the 52-year-old actor released a statement to PEOPLE about his kids, saying he hopes the chaos of the publicized divorce doesn't affect them. He said,

I am very saddened by this, but what matters most now is the well being of our kids. I kindly ask the press to give them the space they deserve during this challenging time.

Poor Brad. Poor Angelina. Poor kids. I don't know who to feel the worst for in this situation.

After being dumped by one of Hollywood's hottest actresses, he's still being a good sport and according to a source, claims Angelina is a "great mother."

Regardless, he isn't backing down until joint custody is agreed upon.