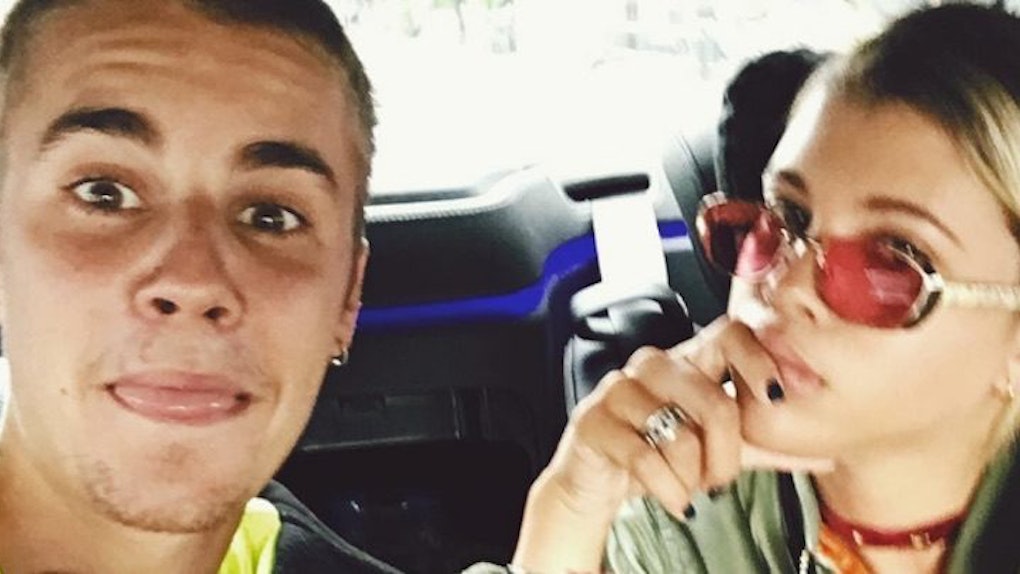 Over the weekend, the Purpose singer threatened to deactivate his profile after fans posted hateful comments on his photos.

You see, the Biebs was adding selfies with 17-year-old Sofia Richie, and people were not happy.

The daughter of Lionel Richie seems to be getting between Justin Bieber and Selena Gomez, which is why Jelena lovers aren't having it.

This clearly made JB very upset, because the next day he got rid of his Instagram completely.

WTF, BIEBS! HOW COULD YOU DO THIS TO US?! Don't panic, Beliebers, he will come back.

In other news, it looks like Sofia doesn't give two shits, at least according to social media.

After the drama between Selena and Justin escalated, Sofia posted a video on Snapchat of her singing Justin's new track "Let Me Love You" with DJ Snake.

I basically translate the entire thing to mean "SUCK IT, JELENA FANS!" But maybe that's just me.

In the end it looks like Selena and Sofia have both publicly responded to the drama, so now the ball's in Justin's court.

COME BACK TO INSTA, JB. WE NEED YOU HERE. Please?