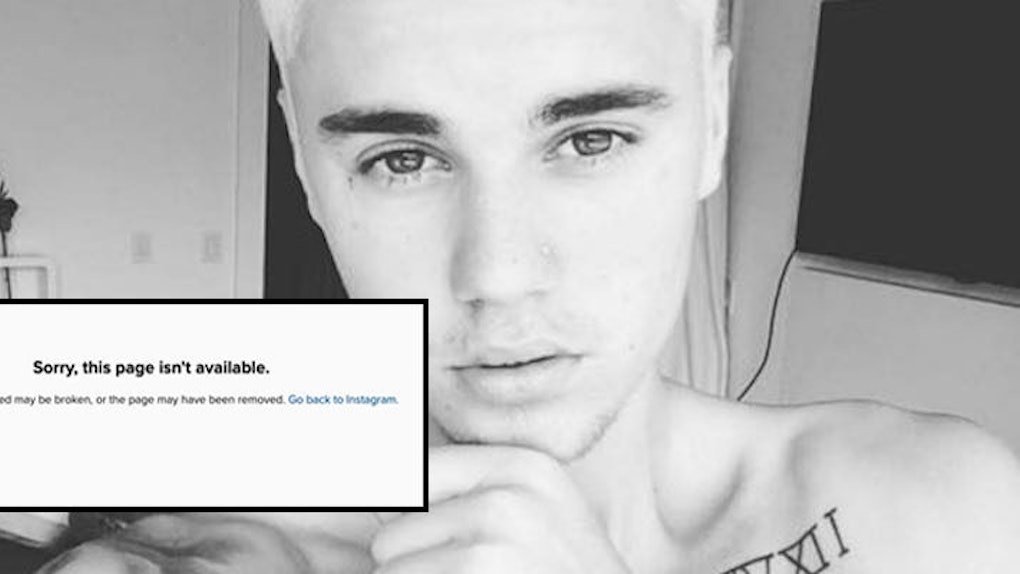 Justin Bieber Deleted His Instagram And The World Is Basically Ending

We were warned. But we didn't listen. Now we've paid the ultimate price.

Just a day ago, the 22-year-old threatened to make his page private because he was getting too many mean comments about the people he was pictured with.

In one post, which I can't show you BECAUSE BIEBER'S GONE FROM INSTA FOREVER, he wrote,

And it looks like fans finally broke him. Nice going, guys. Really, you just couldn't help yourselves, could you?!

Instead of laying off the poor guy, Beliebers sparked a rebellion, with some apparently perceiving his message as betrayal.

The hashtag #RIPBeliebers was born.

But now that he's deleted his account for reals, people don't know what to do with themselves.

Things really heated up Monday when Bieber's former flame Selena Gomez threw herself into the mix by replying to his threat on Instagram.

Under a photo of Bieber and Sofia Richie, She said,

If you can't handle the hate then stop posting pictures of your girlfriend lol -- it should be special between you two only. Don't be mad at your fans. They love you.

Bieber felt like he had to respond to the public call out, so he wrote back:

But the fans are taking Selena's side and thanking her for standing up for them.

Pick your side: Team Bieber or Team Gomez.

Or, find a nice corner to cry in because the world has ended.