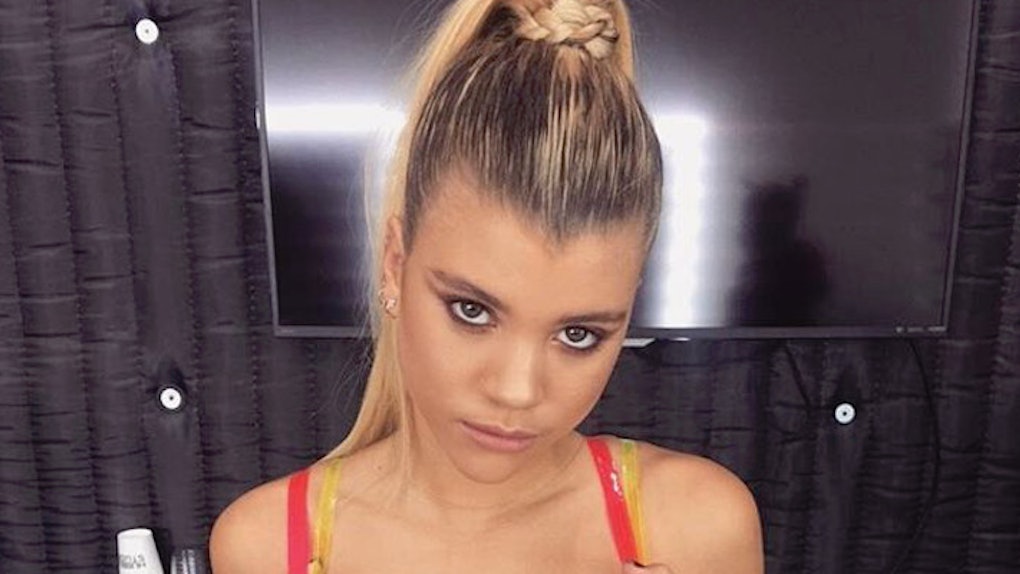 Sofia Richie Frees The Nipple In Her Latest Photoshoot

Following an emotional roller coaster of a summertime fling with Justin Bieber, model Sofia Richie has been keeping quite busy these days.

From mysteriously hanging out with Brooklyn Beckham in Beverly Hills to starring in a steamy new video with Kendall Jenner, the 18-year-old daughter of Lionel Richie has been everywhere.

Before then, she was even seen walking the runway during Kanye West's Yeezy Season 4 fashion show in New York.

It's safe to say Sofia Richie hasn't been dwelling on the past, but is certainly focused on the future of her career as a newly minted fashion model.

Her most recent project? A revealing photoshoot with Galore magazine. When I say "revealing," I mean #FreeTheNipple-revealing!

Sofia Richie just shared a handful of new photos from her cover story shoot with the New York-based magazine Galore.

Richie was decked out in a stylish fit designed by Jeremy Scott. Fancy.

She even "lit one for the kids." So fashionable, so generous!

Finally, the moment we've all been waiting for: Sofia Richie freed her nipple while sporting a sheer blouse. The tiny trophy emoji leaves very little to the imagination.

This isn't the only cover story shoot Sofia Richie has to be proud of this holiday season...

Remember all of the haters who couldn't figure out exactly what Sofia Richie would be up to after traveling the world with Justin Bieber this summer?

They got their answer!

At this point, you're probably wondering exactly where Bieber and Sofia stand these days.

In an interview with E! News, a source close to Richie explained,

Sofia is still kind of annoyed at how Justin handled a few things, but they still communicate. They haven't hooked up in a minute.

Do you think Justin misses her? It's hard to tell.

Give it time, kids.