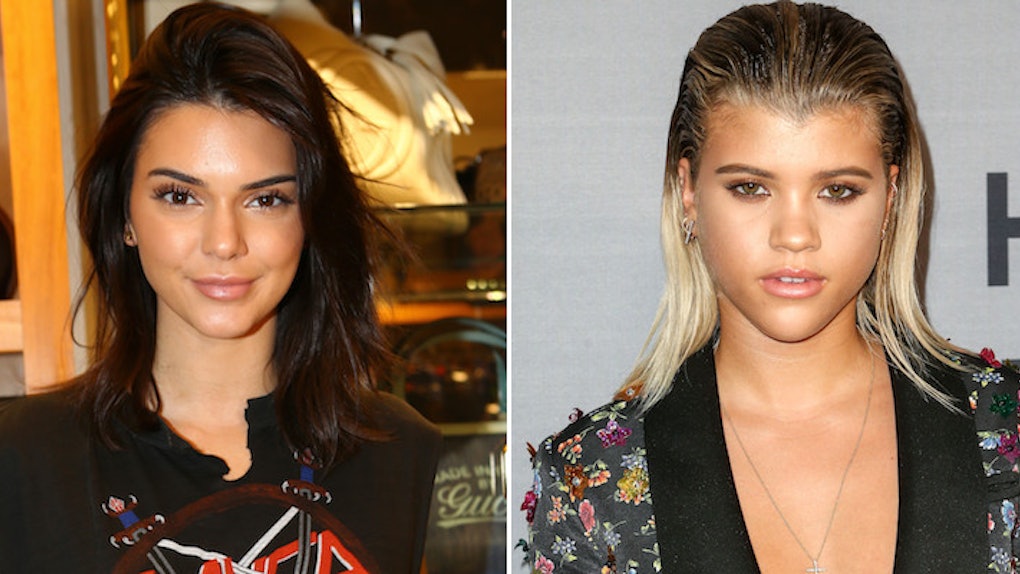 Kendall Jenner And Sofia Richie Strip Down In Raunchy Video

Sure, Thanksgiving has come and gone, but there's still plenty to look forward to!

Obviously, there's the famous tree-lighting at Rockefeller Center in New York City on November 30. After that, there's the breathtaking televised spectacle that is the Victoria's Secret Fashion Show on December 5.

Finally, Christmas rolls around on December 25. However, smack in the middle of all the usual holiday goodness is one more important date to mark on your calendar (drumroll, please):

December 1, the release of the annual LOVE magazine Advent calendar.

The London-based fashion magazine LOVE will be releasing its annual calendar packed with some of your favorite fashion models.

To promote the upcoming release of the star-studded calendar, the models appeared in a 2-minute teaser video directed by Hype Williams.

Throughout the clip, a handful of the industry's most successful models flaunt their captivating beauty as Kanye West's "Fade" plays in the background.

That time of year again! Here is exactly what you can expect from 2016's Christmas calendar from LOVE. From Joan Smalls to Sofia Richie, Elsa Hosk and Taylor Hill, Emrata and Kendall Jenner. Notorious director Hype Williams wets our appetite in anticipation for December 1st...

While you might have expected models like Emily Ratajkowski and Elsa Hosk in such a video, the real surprise comes with Sofia Richie's appearance.

The 18-year-old model has been all over the headlines this year following a summer fling with Justin Bieber, which eventually resulted in the two going their separate ways.

Kendall Jenner joins Sofia Richie in the clip as both sport revealing swimsuits putting their flawless physiques on display.

While the clip predominantly offers close-up shots of each model, it's quite obvious that the real must-see money shots are packed into LOVE's new calendar.

It's time to kiss those 2016 calendars goodbye and make space for the newness.