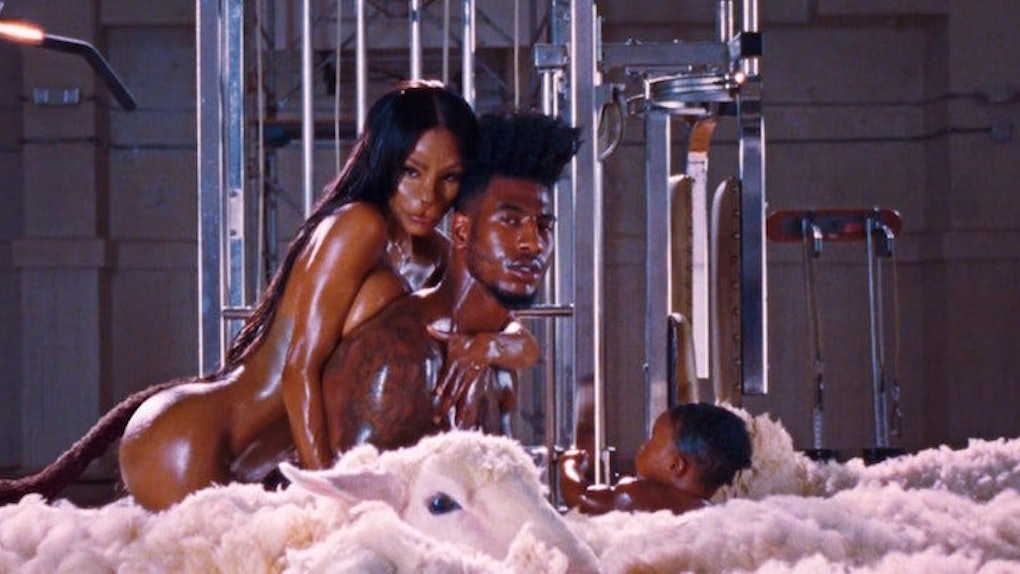 While he didn't exactly drag Taylor in the way many of us expected, he delivered a new music video for his song "Fade," starring Teyana Taylor and her insane bod.

The music started off giving us major "Flashdance" vibes, and we patiently waited for "What A Feeling" to start playing in the background.

The video continued in a weight room, and Teyana's body made us all regret the pizza we've been eating for the past few hours.

Yes. That's what I look like at the gym, too.

Then, as we all do at the gym, Tey got a lil' sweaty and needed to cool off with a HOT shower.

Then, the screen cuts to this.

I am not well.

So... uh... the big takeaway here is just when you expect Kanye to do a semi-normal music video of a girl dancing, he will surprise you with a quick shot of the Cat in the Hat's hot cousin.

I can only assume the entire video is an "Animal Farm"-style allegory for all famous people being... cats? I don't know.