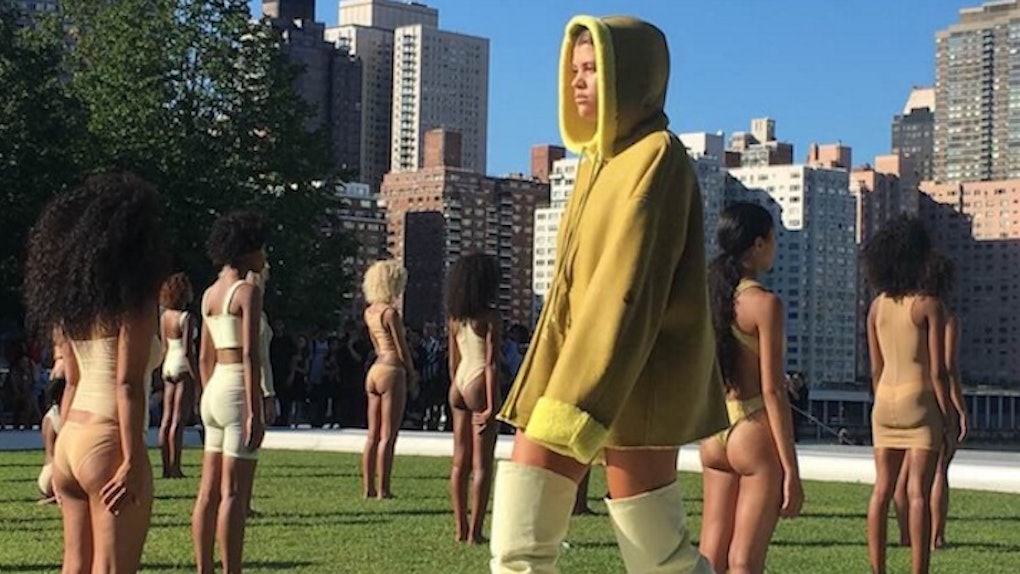 The last we heard of Sofia Richie, she had given her father, Lionel Richie, "strict orders" not to speak on her ongoing romance with Justin Bieber.

Their rumored relationship gained traction after Justin traveled all over Japan with the 18-year-old star and even checked his fans for messing with her on Instagram.

They even engaged in some good ole PDA for the world to see.

It seems like Sofia Richie is taking some time away from jetting off to tropical islands and foreign countries with Bieber to work instead.

A few fans even spotted her in the heart of the madness.

Sofia was joined by Teyana Taylor, who appeared in Kanye's music video for "Fade," as well as model Chanel Iman.

And to think, she was JUST vacationing in Mexico with Justin late last month.

I'll admit, it was a bit of a surprise to see her taking part, too.

Some fans already suspected she might be prepping to make waves in the fashion world.

We'll just have to wait and see where she pops up next...