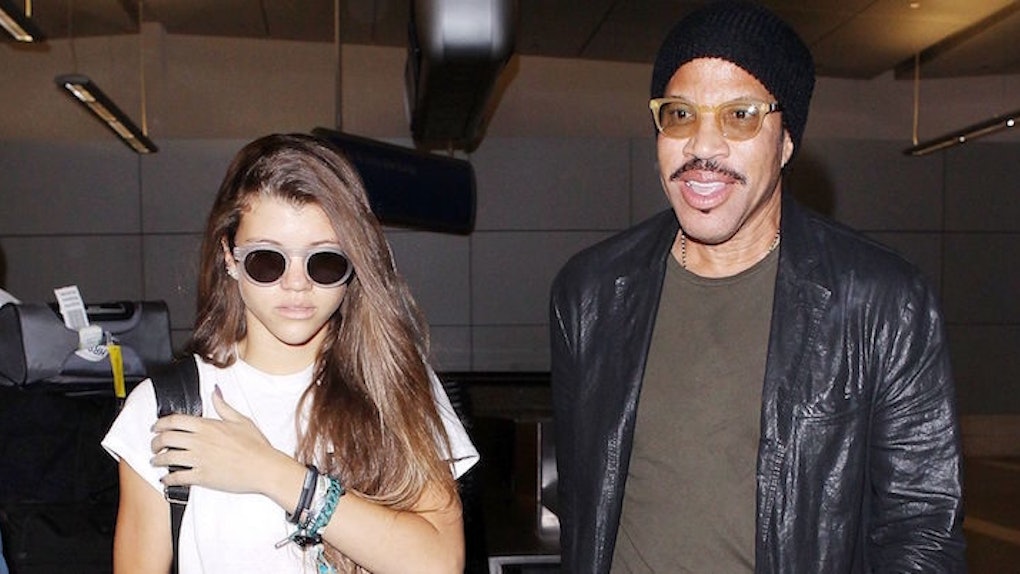 Just a week ago, Sofia Richie and Justin Bieber were packing on the PDA during their sexy beach getaway.

Those two made the tropical oasis in Mexico heat up REAL fast.

And it looks like Sofia can't stop, won't stop rocking The Biebs' Tour swag. She's basically his number one fan.

The celebrity couple seems to be going v. strong.

Even though Justin Bieber quit Instagram, his relationship with Sofia has been kept anything BUT on the DL.

Sofia Richie's dad Lionel Richie even dished to TMZ his feelings about his 18-year-old daughter's romance with JBiebs.

I'm not going there. I have strict orders not to go there.

Couldn't have gotten any more of a DAD response than that one right there.

And when Lionel was asked if he'd ever collaborate on a song with Justin, things got hilariously ... awkward.

WELP, it looks like The Biebs sort of got Dad's stamp of approval — maybe, maybe not?!