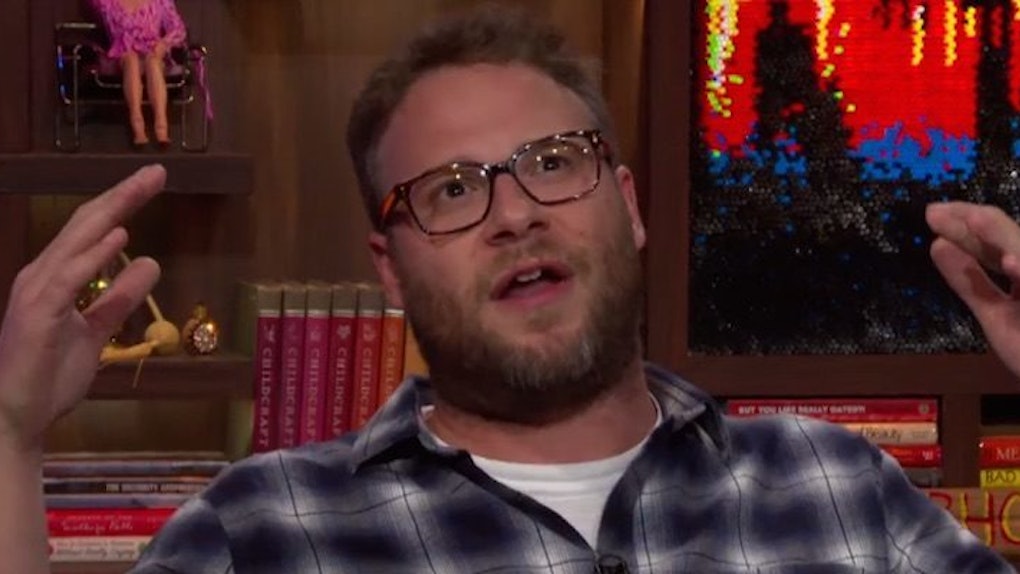 The past week has brought us peasants much closer to a bunch of famous dick shaft and, yet, until now, our most important question has gone unanswered.

When photos of both Justin Bieber's and Orlando Bloom's penises leaked online, everyone couldn't help but wonder,

How does Seth Rogen feel about all this?

We finally have our answer and, as usual, Andy Cohen's to thank.

On Sunday's episode of “Watch What Happens Live,” the host asked the actor, visiting to promote his new film “Sausage Party,” who he believed had the better peen.

I've seen Justin's before, so maybe I was just like, you know, 'I've been there, done that,' a little bit. And it's a wonderful one! But Orlando's, I was really happy with. Good for him! He's in great shape overall. So I thought, honestly, Orlando's probably a bigger guy, and proportionally, his penis looked to scale, which makes me think overall it's probably bigger.

Considering this is the second time the Biebs' dangle pics have leaked online, Orlando certainly maintains an advantage as the fresh new penis on the scene.

Rogen made sure not to reduce the “Pirates of the Caribbean” actor to merely a piece of front-meat, insisting “He's a nice guy!” and reminding viewers “he has a bubble butt.”

If all reviews were as well-rounded and considerate as Seth Rogen's, perhaps more male celebs would be inspired to #FreeThePeepee.