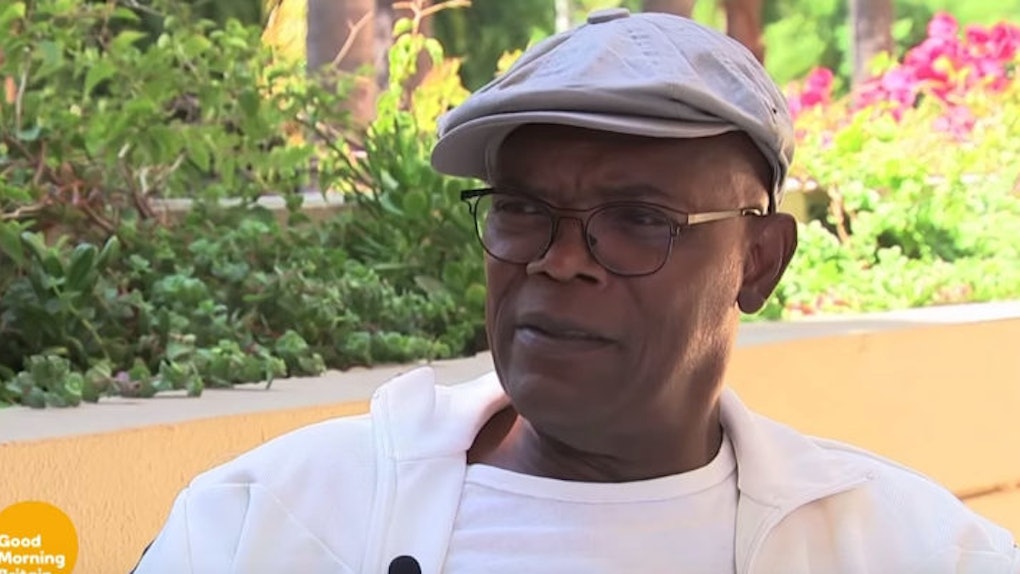 Samuel L. Jackson Asks Why We Care About Brangelina Split

When news initially broke regarding the Brangelina split, most of us just couldn't fathom how or why something this heartbreaking could happen.

While I wasn't directly affected, I can gather why this breakup might prove that real love might not actually exist after all.

Celebrities like Chrissy Teigen voiced her sadness on Twitter following the news of Angelina Jolie and Brad Pitt divorcing.

Pitt's longtime BFF George Clooney even spoke on the tragic news using as many words as he could, even though he noticeably stumbled over them.

The latest celebrity to offer their two cents on the Brangelina split? The legendary and super-intense Samuel L. Jackson.

Take a wild guess at how he feels about the news...

The 67-year-old actor took a trip across the pond to sit down for an interview with "Good Morning Britain." When Jackson was asked if the split was sad, he genuinely asked, "is it?"

The show host then said, "I think so," to which Jackson replied,

It's life, you know? People carry on and people do what they do. There's a huge segment of America that still thinks that what he did to Jennifer Aniston was just wrong and they're just overjoyed that the Wicked Witch lost a husband or whatever.

He has a point. Maybe people just secretly (or not so secretly) LOVE the drama... It's possible. I mean, this is the entertainment industry after all.

Samuel L. Jackson then continues to question why people are so infatuated with the Brangelina split in the first place. It's almost as if no one was even mentioning the so-called "power couple" up until recently when the news first broke.

I'm sure there's another segment that thinks it is sad and it's a dissolution of another family and all those kids or whatever, but I don't know why it's everybody's business or why people care anyway.

I'll tell you why people care, Mr. Jackson -- Angelina Jolie and Brad Pitt were the DAMN epitome of #RelationshipGoals for nearly 12 freakin' years. That's why.

And now, we're banking on Jay Z and Beyoncé, as well as Chrissy Teigen and John Legend, as proof that true love actually exists. Before, all we had to do was watch "Mr. & Mrs. Smith," but those days are over.

Check out the interview with Samuel L. Jackson in the video above!