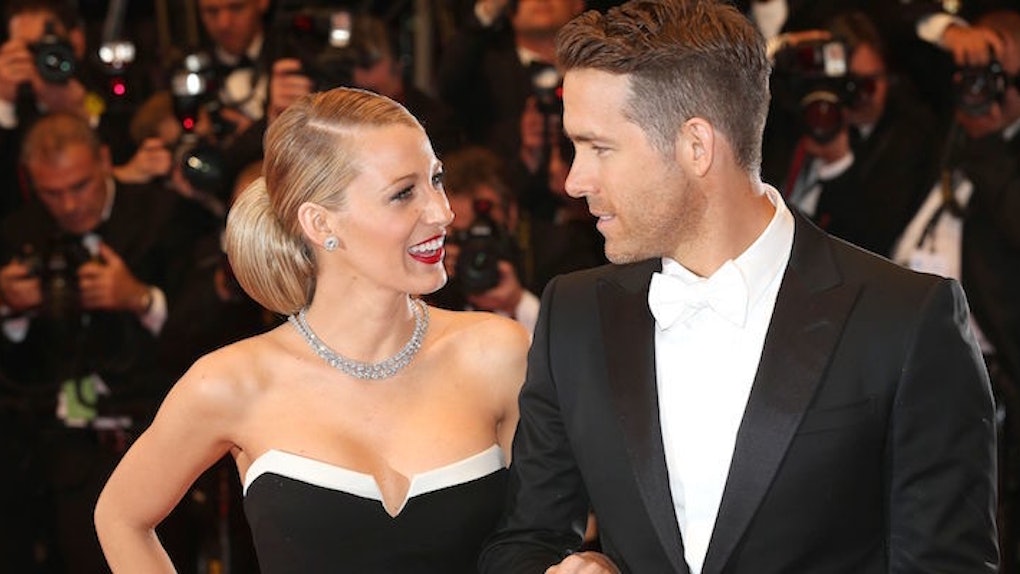 Ryan Reynolds Talks About Falling In Love With Blake Lively

After welcoming his second child in September, Ryan Reynolds is likely more in love with wife Blake Lively than ever before, but where did it all start?

What was the spark that lit their sexy, rich love flame?

What moment of enchantment convinced Ryan this was the impossibly gorgeous blonde actress he wanted to spend the rest of his life with after ex Scarlett Johansson dyed her hair red for “The Avengers,” effectively causing their divorce?*

The GQ Man of the Year told the men's magazine the moment he knew he loved Blake was "probably after the sex.”

He followed that up with a way cheesier, albeit more sincere story.

No, we were hanging out at this little restaurant in Tribeca that's open really late, and this song came on and I was just like, 'Want to dance?' No one was in there, so it was just totally empty. And it was just one of those moments where halfway through the dance, it was like, 'Oh, I think I just crossed a line.' And then I walked her home. And, uh, you know, I don't really need to go into what happened after that.

Ryan also interviewed himself in a video for GQ in which he plays his own twin brother, Gordon Reynolds. It's more patented RR hilarity, in which he mostly just calls himself a "cunt," like, three times.

The one moment of sweet release comes in the form of human chicken tender Jake Gyllenhaal, who stood in as the shoot's boom mic operator, despite bearing the sting of not being selected as 2016's Man of the Year.

Whatever, Jakey Cakes, 2016 is easily the worst year to be the man of, anyway.