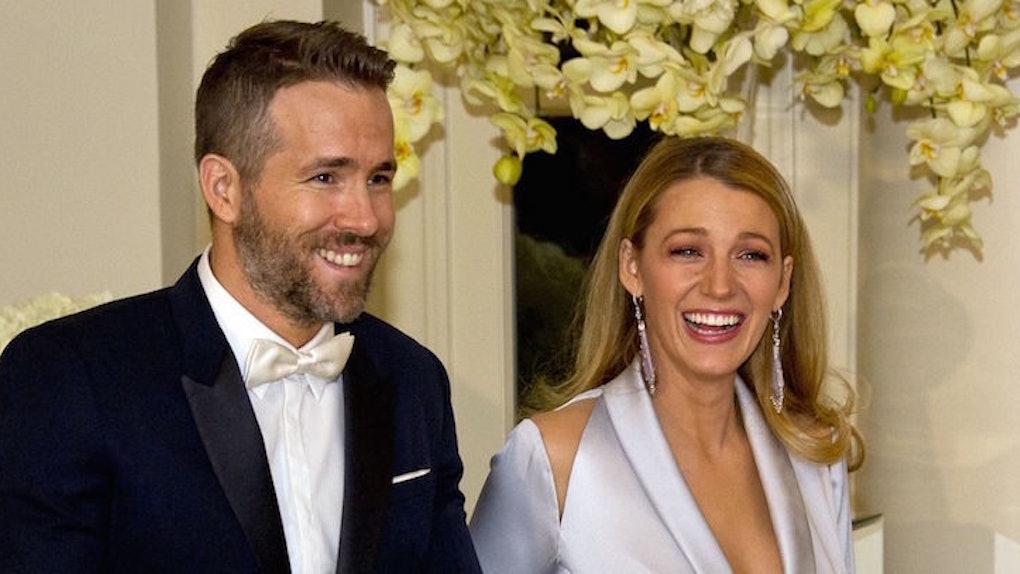 Back in April, it was reported Blake Lively and Ryan Reynolds would be having their second child.

The former "Gossip Girl" star was spotted with a little baby bump in her wet suit while filming "The Shallows."  SORRY BLAKE, we caught you. The jig is up, stop hiding.

Blake and Ryan had their first child back in 2014, so I guess it's time for them to add a new member to the fam.

Ugh, they are so cute, I just can't handle it.

At the end of August, Ryan Reynolds shared his wife was "extraordinarily pregnant" so we knew the baby was coming some time soon.

Well, you guys, the day is finally here. Blake Lively and her hubby just welcomed their second child!

So far, the baby's name and gender have not been confirmed, but hopefully those details get leaked ASAP.

Their daughter James must be so excited to be a big sis. Congrats James!

Blake has gotten super real about what it's been like to carry a human inside of her a second time.

She admitted to being a little self-conscious while filming her new movie in just a bikini after giving birth the first time around.

She also said she cut out all soy and gluten from her diet to help shed some of the baby weight. Man, having a child clearly comes with several lifestyle changes.

Well, Blake, I think you look amazing no matter what. Your baby is lucky to have such a beautiful and inspiring mother!

And Ryan? You're OK, too. I'm looking forward to more dad tweets, pal.