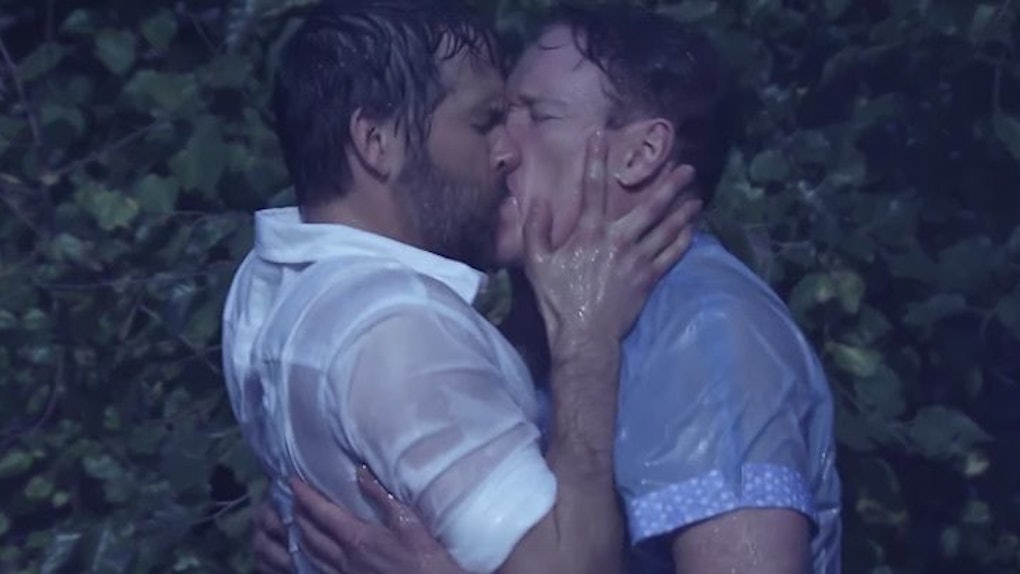 I'm just going to say what we're all thinking: Conan O'Brien is so much better for Ryan Reynolds than Blake Lively is.

Now that the world has seen a romance so stunning even Tumblr didn't think to ship it, we can't all just go back to pretending Ryan and Blake are enough.

Blake Lively, on the other hand, is the reason I spent $14 to see her pretend to tie an effective tourniquet on a rock in the middle of the ocean for an hour and a half of my precious life. The movie ends (spoiler, I guess?) with her making peace with the ocean as a Sia song plays. Unacceptable.

During Wednesday night's episode of “Conan,” Ryan told the crowd he was visiting to promote his new film, “The Notebook 2.”

YOU'RE DAMN RIGHT HE BROUGHT A CLIP.

In the sequel, the actor and the late night host have the same fight in the pouring rain fans remember from the first "Notebook" film. Though it's not traditional for a sequel to share a script with its predecessor, all movies are remakes these days, so just let it go.

When Ryan admits to having written Conan every day for a year, the two share a passionate, long-awaited kiss, and the romance genre is forever changed.

Luckily for you, the kiss lasted an eternity...

...and I took the liberty of making these GIFs...

Following the preview, Ryan admitted Conan has "the longest tongue in show business," something we all suspected but never knew for certain.

Don't cry for Blake. She just welcomed her second child her with (now ex-) husband, Ryan, and enjoyed a cookie from famed Levain Bakery Wednesday night as a consolation prize for losing her man to Coco.