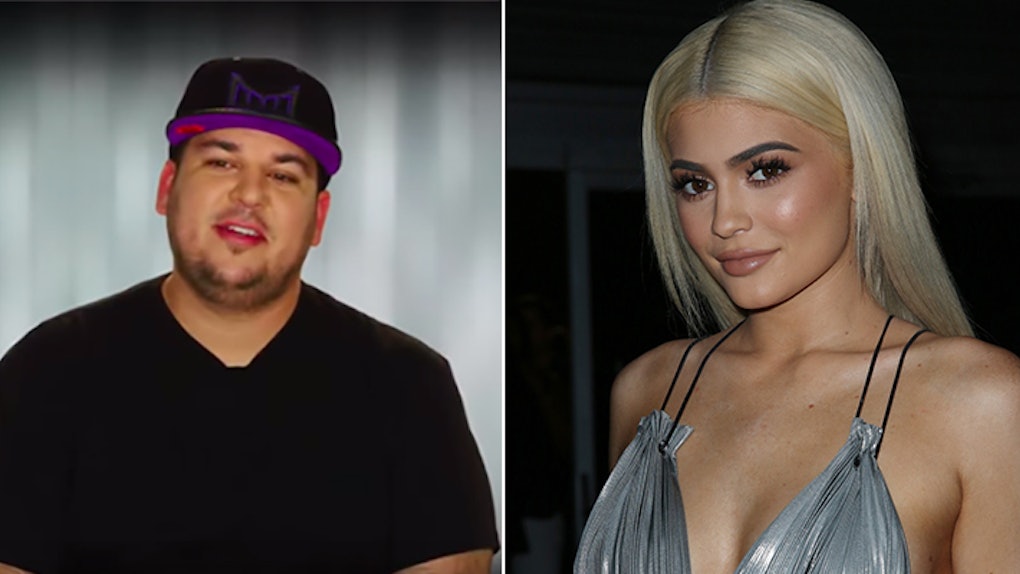 He made a mistake. He messed up, but now he's owning up to it.

The 29-year-old reality star was a guest on "On Air With Ryan Seacrest" on Friday and confessed the drama with Kylie Jenner was a "miscommunication."

Earlier in the week, Rob leaked his sister's phone number on social media because he was upset with his family for not inviting Blac Chyna to his baby shower.

Rob cleared the air this morning and explained,

I thought they weren't having Chyna at our baby shower. Chyna's baby shower is actually this Sunday, but they were trying to do a little surprise 'guy' baby shower for me and I was just upset trying to fight for Chyna like, 'Yo, she has to be at the baby shower. She's birthing my child. She needs to be there.' It was literally miscommunication and I probably shouldn't have went on Twitter, but I did.

In addition to sharing Kylie Jenner's number with the world, Rob posted an aggressive subtweet directed at his sisters.

TMZ recently reported Blac Chyna and Rob Kardashian have not been living together, which is what led the Kardashian sisters to throw separate baby showers for the couple -- one for Rob and a separate one for Chyna.

The source also said the reality stars haven't been speaking for months.

In the first one, she lectured Rob about texting other women and even announced she would be posting his number on Twitter.

Chyna then spoke directly to the people who have been trying to reach her fiancé and pretty much told them to back the hell off.

Chyna's baby shower is this Sunday, so hopefully the family resolves their issues before the party or else it's not gonna be pretty.