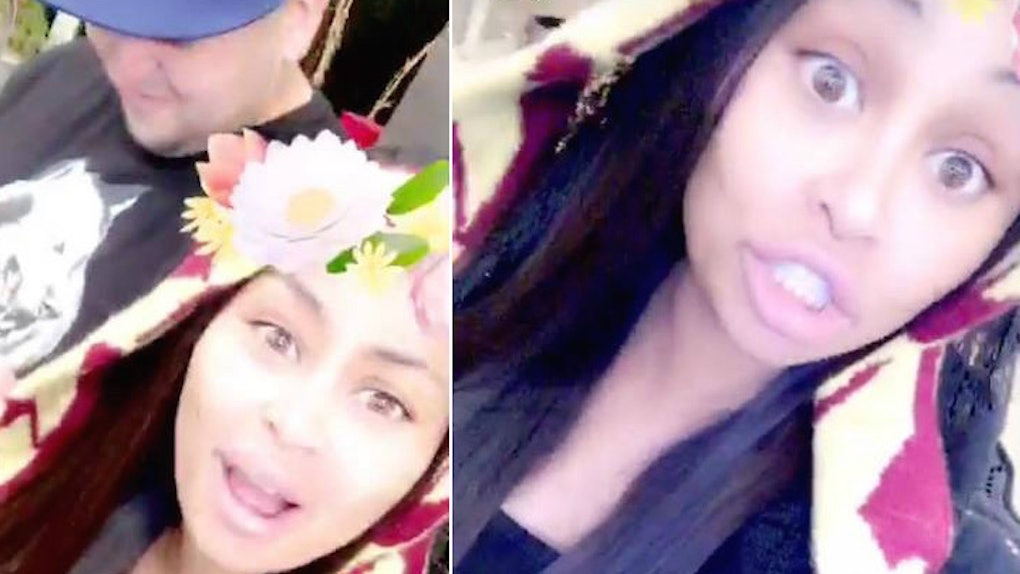 Oh no, the drama continues.

On Thursday night, Blac Chyna shared Rob Kardashian's number on Twitter after lashing out at him on Snapchat.

In the two videos posted, the 29-year-old reality star revealed why she leaked Rob's digits. She also had some harsh words for any women who have been texting him.

In the first clip, Chyna told the camera,

To ensure that your man is not texting no bitches, just tweet his number out.

She then turned to Rob and asked,

How's that feel, Rob? How you feel? Get your number changed, thank you.

In the background of the video, followers can hear Rob Kardashian's phone buzzing with texts and phone calls. Oh crap, this girl's not messing around!

She did in fact post it on Twitter, by the way. Quick, everyone write down this number before it's too late!

In the second video, Chyna had a message for any "bitches" who have been trying to hit up Rob. She said,

To all these females wanna keep texting his phone cause they had his number before, talkin' about 'You good? You and Chyna good?' Nah we good, we good, we good. We straight.

According to the short video, it sounds like ladies have been trying to connect with Rob after rumors spread that he and Chyna ended their relationship.

The news broke after Rob posted Kylie Jenner's phone number on Twitter because he was upset with her and his other sisters for not inviting Chyna to his baby shower.

Man, hopefully the Kardashians get their sh*t together before welcoming a new member of the family into the world.

But for now, I guess Rob better just focus on getting a new number before his phone explodes with "bitches."

Thanks for giving me some entertainment before bed, Blac Chyna!