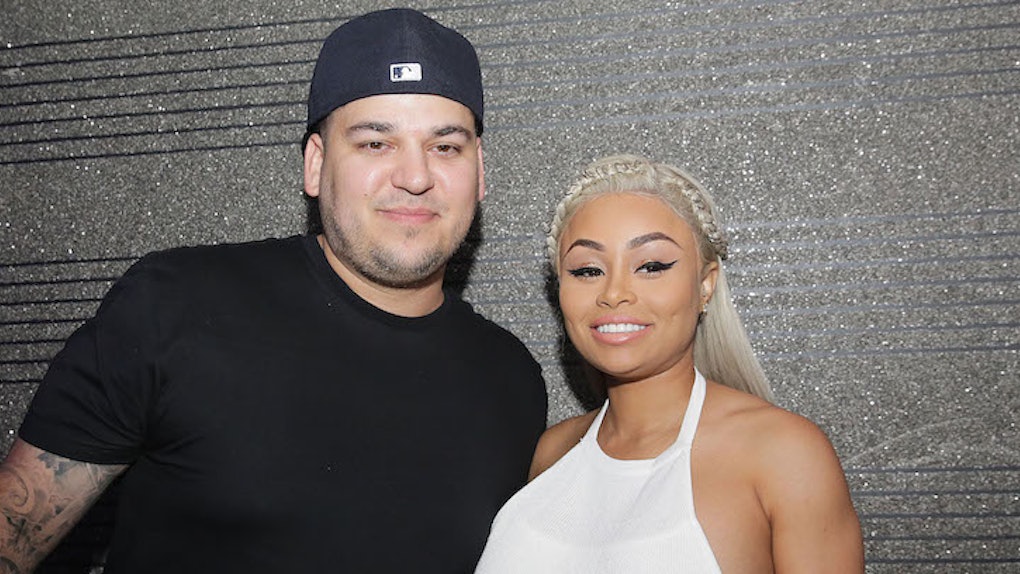 According to TMZ, the couple reportedly broke up and haven't been speaking for months.

It's unclear exactly when the reality stars ended their relationship, but from the sound of it, they haven't been on good terms for a while.

Here's what we know so far.

The other night, Rob Kardashian threw some shade at his sisters for not inviting Blac Chyna to a baby shower they were throwing for him.

TMZ learned the Kardashians planned two separate baby showers because Rob and Chyna haven't been together. They reunited for dinner right before "Rob & Chyna" premiered, but besides that, they really haven't had much contact.

I MEAN, THINK ABOUT IT. When was the last time you saw Rob in one of Blac Chyna's Snapchats?

Ummm, months ago? When they announced their pregnancy?

Since then, it's really just been Blac Chyna hanging with King Cairo, rubbing coconut oil on her belly and steaming veggies.

Rob was apparently the most upset with Kylie Jenner for not inviting Chyna, which is what led him to post her phone number on social media.

Yeah, low blow from her big bro (haha, rhymes). He leaked her digits, and the 19-year-old reality star got harassed by all her fans. Poor, poor Kylie.

It looks like fans' reactions are split. Some people saw it coming, while others are completely shocked. Love isn't just dead at this point, it simply does not exist.

MY HEART CAN'T HANDLE THIS.

Rob Kardashian and Blac Chyna both have not commented on the status of their relationship, but perhaps that's because they currently have a reality show airing and a baby on the way.

Speaking of their unborn child, Chyna's due date is in the next few weeks.

Are the two really broken up? If their relationship is over, what will happen to the baby?

Ugh, this breaks my heart. BRB, gonna go cry and take some shots.