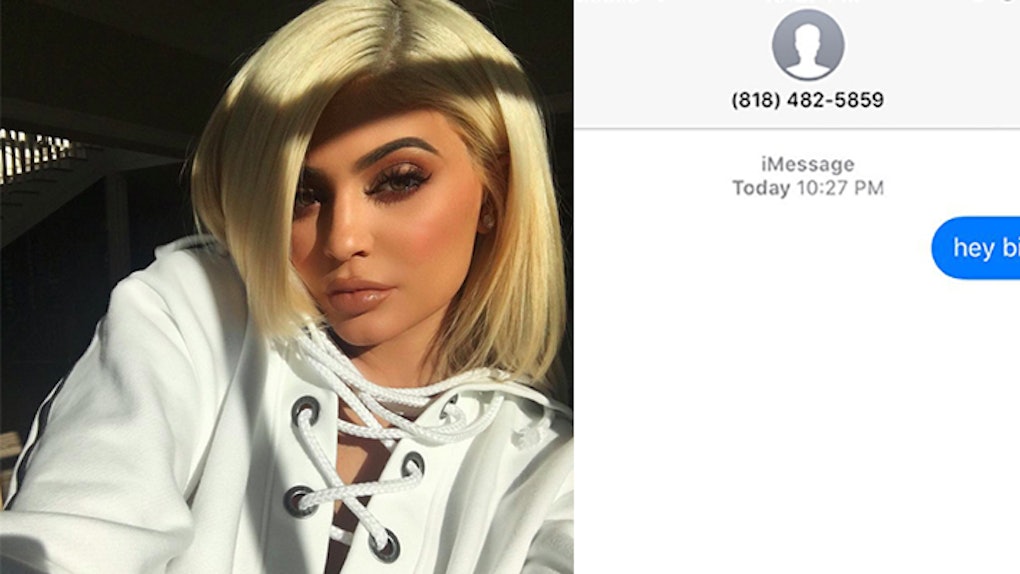 Last night, Rob Kardashian pulled a huge prank on Kylie Jenner by tweeting out her number on social media.

The "Rob & Chyna" star posted a status with Kylie's digits so the whole world could contact his little sis.

Poor girl. It's unclear if the number was actually Kylie's (even though superfans claim it was), but regardless, someone out there has a broken phone from all the messages.

Below, check out some of the texts people sent Kylie Jenner right after Rob leaked her phone number.

Some of the messages started off simple. Just a "Hi, Kylie" from this guy.

Then people started putting in financial requests. Kylie, can you help a sister out?!

No, seriously, everyone wanted just one thing from Kylie Jenner: her wallet.

Just a couple million dollars, they're not asking for much.

Customers also called out the reality star for her disappointing lip kit products.

And others just asked for small favors in return... like a million dollar bracelet, for instance. NBD.

A couple fans even sent links to their new songs and mixtapes. Check this shit out, Kylie. It's good stuff.

I love the internet.

Uh huh, you know they went there.

And this chick, too.

But the greatest text messages of the night go to these two people who sent Kylie "hey bighead" and that's literally it.

I don't know what it means, but I love you both so much.

Hopefully Kylie gets her number changed ASAP and never messes with her big bro again.