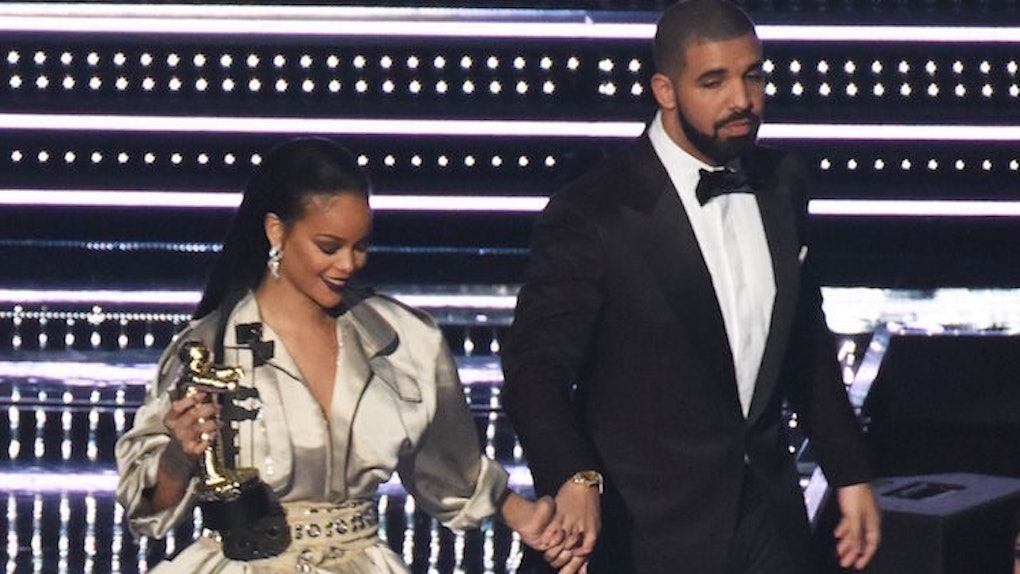 There's no denying it: Drake and Rihanna really did kiss on stage at the 2016 MTV Video Music Awards.

After he introduced Rihanna to present her with MTV's Video Vanguard award, Drake definitely went in for a kiss .

However, there was some dispute about whether RiRi kissed her devoted boy back or not.

From the original angle on MTV's broadcast, it kind of looked like Rihanna dodged Drake's kiss.

Never fear, though — we now have video from the backstage angle that proves Rihanna leaned into that kiss.

RIGHT ON THE LIPS! No doubt about it.

Now we know the truth: AubRih lives! Love is real! No one will ever love me as much as Drake loves Rihanna! YAY!

Don't forget, this kiss followed a lengthy introduction from Drake in which he literally confessed to being in love with Rihanna since he was 22 years old.

And then they DEFINITELY kissed for a second time while they were walking off the stage — which also wasn't shown on the broadcast.

I think it's safe to say this couple is officially on again, and Rihanna is totally on board.

So when is the wedding?