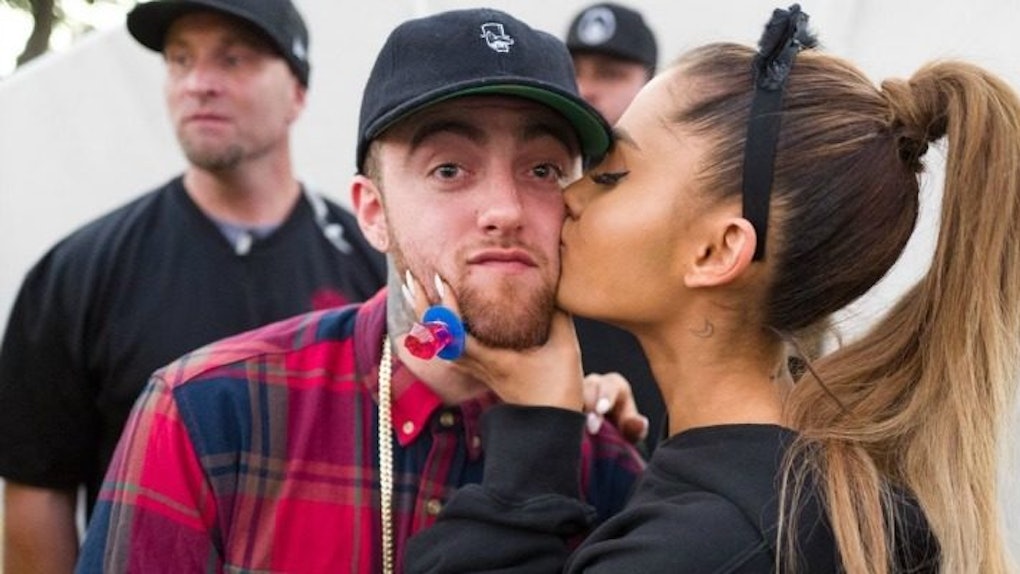 Sunday night, Ariana Grande won Artist of the Year at the American Music Awards, and her acceptance speech was on point.

Holding back the tears, Grande thanked her loyal fans and loving family. She said,

I can't believe this; I'm shaking. I'm nervous. This is horrible. I just want to say that I'm so thankful for art, and I hope that whatever it is that I create in my life that you feel a little bit of light, and I hope that I can bring joy to you and make you feel unified and happy, and I love you.

Though she didn't shout him out by name, at least during her acceptance speech, I'm pretty certain Ariana Grande is thankful for the support and love from her boyfriend, Mac Miller.

After his girlfriend won the AMA for Artist of the Year, Miller took to Instagram to show that love.

The 24-year-old Miller wrote the most adorable tribute to Ariana Grande to caption his IG post:

I'm so proud of you. Thank you for bringing so much light into my life. Congratulations on the beautiful bond you have created with people all over the world. Continue to be you, because you puts a smile on the face and hearts of so many. Artist Of The Year.

I mean, could these two be any cuter? I have a massive crush on Ariana Grande and Mac Miller, and I don't think I'm the only one.

Sometimes, I like to take a moment to imagine these two going to IKEA on the weekend and arguing about which couch would work best in their living room.

If Ariana Grande and Mac Miller don't give you the ultimate #couplegoals, I don't know who does.