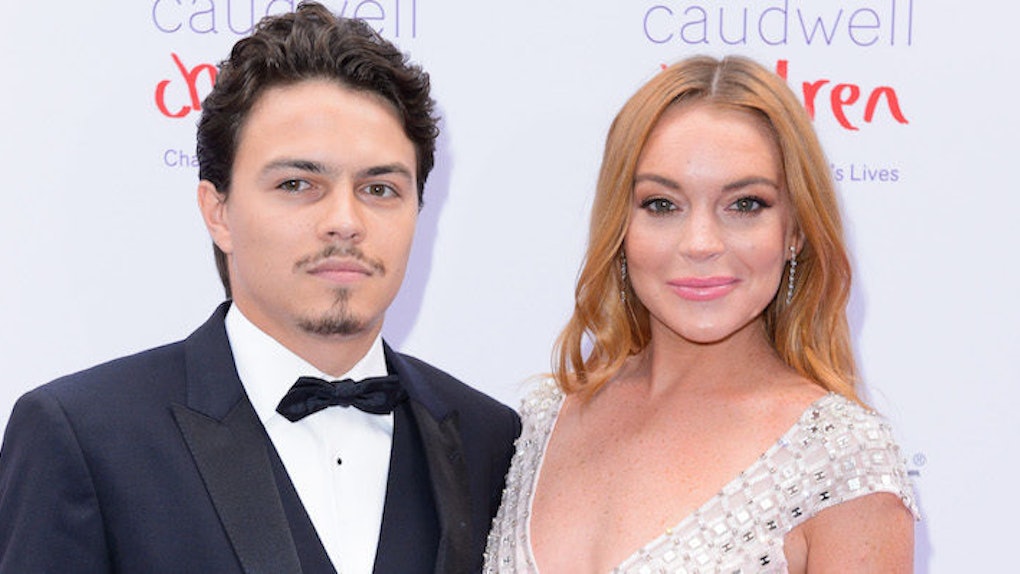 The ex-lovers have a pretty messy past that includes physical fights, cheating allegations and mega social media drama -- and we finally have an answer as to why she pulled the plug on the romance.

According to E! News, Lohan recently sat down with Russia's Channel One and spoke about the violent turn that Tarabasov allegedly took. In the interview, she said,

I went to bed and he broke into my house. He started strangling me. I feared that Egor may splash acid in my face. I jumped out to the balcony and shouted with all my force, 'He's trying to kill me, call the police!' I am lucky to come to Moscow to speak.

Eek... this definitely sounds like a cry for help.

While we aren't sure if these allegations are true or not, Tarabasov strongly feels like Lohan is lying to try to ruin his reputation.

If she keeps this up, she is definitely going to accomplish her goal.

The Russian businessman released a statement on Wednesday about Lohan's claims and denied everything, saying,

It has come to my attention that my former fiancée, Lindsay Lohan, is planning a new smear campaign against me in the Russian and international media. My relationship with Lindsay came to an end in July 2016. In the weeks that followed, there were numerous attempts to discredit my name by inaccurately portraying the nature of our relationship, publishing distorted facts, and making false accusations.

Hmmm, based off of the evidence L0han's provided to the media, it's safe to say the odds are not in Tarabasov's favor.

But LiLo is an actress, after all, and we aren't sure who to believe.

Hopefully these claims aren't true because we hate seeing Lindsay in distress. Hang in there, LiLo. There's no where to go but up from here.