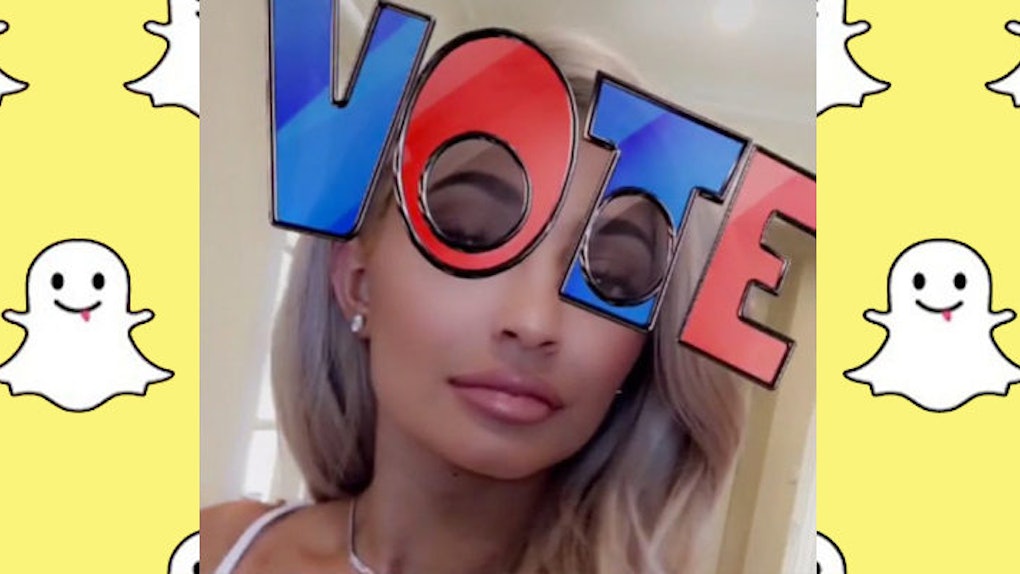 Let's face it, some of the country's most loved celebrities have been pretty quiet about the presidential election regardless of the fact that it's all anyone can talk about.

Taylor Swift has finally broken her silence after being pretty hush-hush about the whole election thing. The star took to Instagram to post a photo of herself standing in line waiting to cast her vote.

This time, Kylie Jenner has finally come crawling out of her celebrity life to acknowledge the presidential election between Hillary Clinton and Donald Trump. I can't believe I actually just said that...

Anyway, the 19-year-old star took to Snapchat to connect with her loyal fans while showing off her swaggy "VOTE" sunglasses in the process. And in case you were wondering just who Kylie Jenner might be voting for, she captioned the photo with the word "HER."

If that isn't the most Kylie way to announce your participation in the election, I'm not really sure what is.

Hey, look! Kylie Jenner's finally acknowledging the US presidential election. I guess it is real after all!

Be honest. Are you even shocked that Kylie acknowledged the election with a patriotic selfie in support of Hillary Clinton?

After all, her big sister Kim Kardashian mastered the art of taking selfies with Clinton herself. Remember this?

In addition to Kylie and Kim, other members of the Kardashian-Jenner squad (except for Caitlyn Jenner) have also expressed their support for the Democratic presidential nominee numerous times. Kendall Jenner has shown her support for Hillary Clinton on Instagram and even took part in the Rock the Vote campaign.

And just when you thought the Kardashians might have been out of touch with reality and politics in America, they prove everyone wrong!