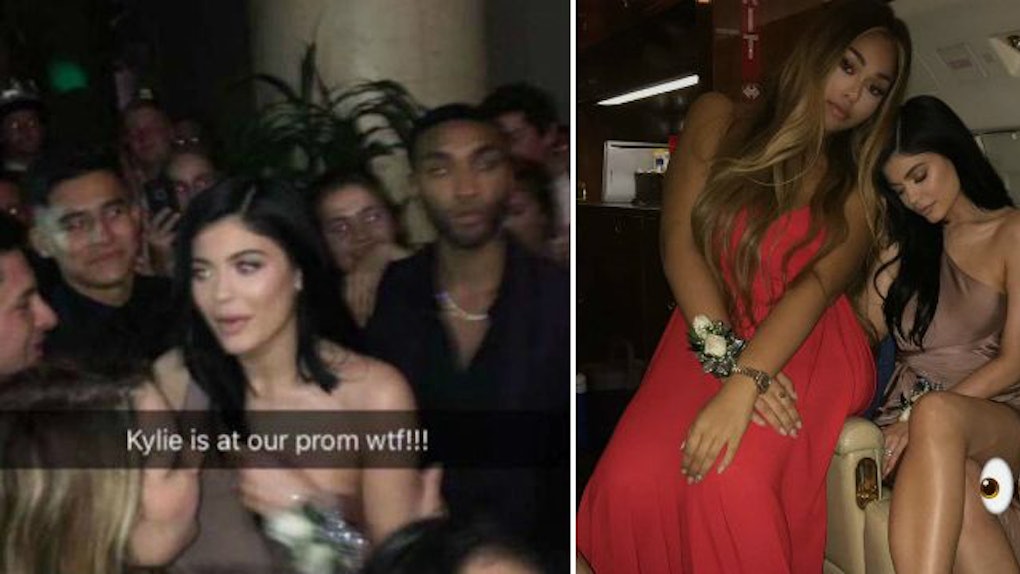 Kylie Jenner Crashed A Prom And Everyone Freaked Out

While my junior year prom ended with my date (and mega-crush) basically ditching me to hang out with one of my best friends, a Sacramento high school junior named Albert Ochoa had the time of his life.

Why? Because Albert's date was Kylie Jenner.

As a result, Rio Americano High School descended into social media madness on Saturday night as Kylie and Jordyn Woods attended the school event (where usually everyone just does their goofiest dance moves to "Sweet Caroline" -- no? Just me?).

The world may never know the answer to that deep mystery...

This kid is going to grow up and tell his kids about how he met their mom... KYLIE GODDAMN JENNER.

Honestly, the biggest celebrity our high school prom had was our math teacher Dr. Gerver. Dr. Gerver was so cool.

When Kylie and Jordyn arrived, all hell broke loose.

This was our school's reaction when Dr. Gerver hit the dance floor. The guy just oozed cool.

People screamed at my prom, too, but it was only because a group of pranksters poured a bucket of pig's blood on someone who turned out to be a telekinetic witch who then burned down the gymnasium.

Looks like their prom was a lot more fun than mine!

I mean, how could you NOT Snapchat this moment?

You either snap it or it didn't happen. PERIOD.

Following Kylie and Tyga's alleged breakup, this prom visit could be seen as a way for Kylie to show the world she's single.

Or, you know, she was just being really, really nice to a random kid in Sacramento.