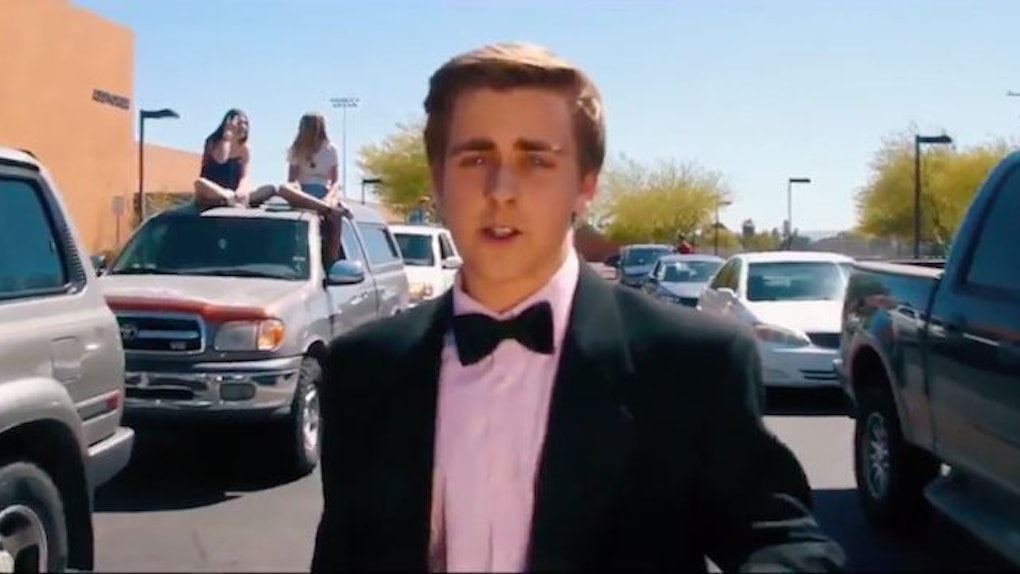 I still can't decide if this teen who asked Emma Stone to be his prom date is the smoothest, ballsiest man of all time or just super creepy.

Prom season is around the corner, which means high schools across America are currently full of three kinds of kids: kids who have steady significant others so they know who they're going to prom with, loser kids who will either go to prom alone or with their cousin and hopeless romantic kids with entirely too much time on their hands who come up with epic promposals.

Arcadia High School's Jacob Staudenmaier is without a doubt a member of that last category.

He is in a little bit of a different boat, though, as his epic promposal was aimed at a girl who goes to another school in another town that you honestly haven't heard of. But she exists, he swears she exists.

Her name is Emma Stone, and Jordan promises he didn't make her up.

The video is a parody of "La La Land," the movie that landed Stone an Oscar a few months back.

Staudenmaier posted the clip to his Twitter and it went almost instantly viral.

It's going better than expected... It started with the kind of crazy idea of saying, 'Yeah, maybe I'll go with Emma Stone to the prom. I decided if I was going to do this, I really needed to do it big.

So Jacob got some friends together and filmed the scene on Sunday. It's meant to mimic the opening dance number from "La La Land" where everyone deals with the LA traffic through choreography.

HAS HIS VIDEO WORKED THOUGH?!?!

Long answer, according to Jacob:

I haven't heard anything specifically from her. I've heard a rumor and sort of a confirmed truth that her mom has seen it. I assume at some point it will get to her.