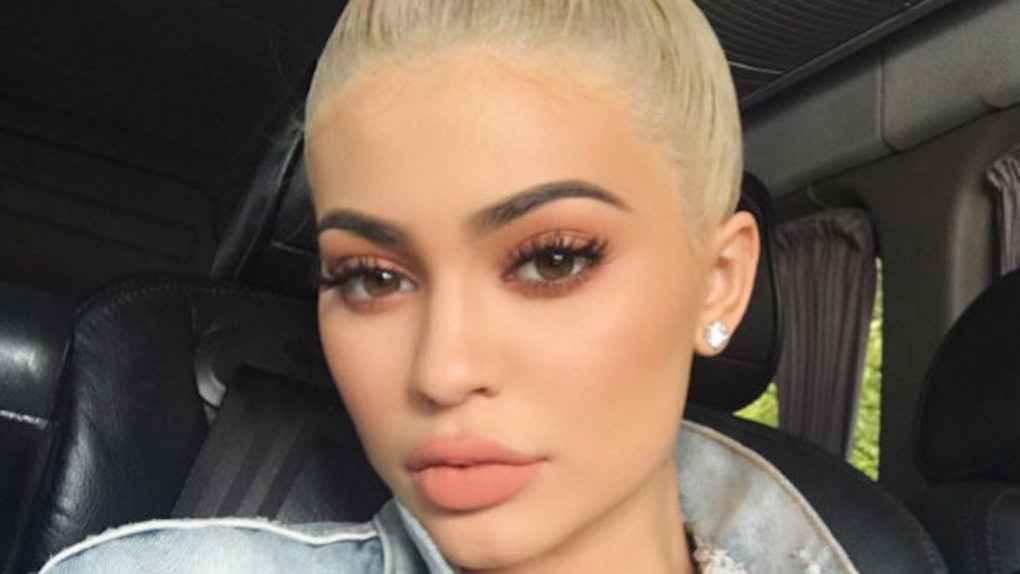 Kylie Jenner May Be Downsizing Her Famous Lips

It's no secret Kylie Jenner has received lip fillers -- she even admitted to it herself. Her reasoning for seeking out hyaluronic acid injections (I think? But you know, I'm not a doctor) to pump inside her lips?

No one wanted to kiss her.

This guy I kissed was like, 'Your lips are really small but you're a really good kisser. I didn't think you were gonna be good at kissing…' It was so rude. From then on, I just felt like I saw guys staring at my lips. I felt like no one wanted to kiss me.

But, like, no one wants to kiss me either, Kylie, and my lips are pretty average-sized.

Last night at the Golden Globes, a few fans noticed that her lips looked... smaller?

Kylie walked with her sister Kendall Jenner on the red carpet at the Golden Globes After Party, and her makeup artist Ariel Tejada chose a very natural look for the makeup mogul.

But fans couldn't help but notice that her top lip looked a lot more subtle and natural than it has in the past.

The hyaluronic acid dissolves as a person's body digests the acid over a time frame of six months to a year.

So, while Kylie may have started out with pleasantly plump lips like this...

It wouldn't be surprising if she needed to get another round of injections.

What would be surprising is if she decided to go a little more natural with her lip-look in the future, and maybe this is her first step.

Either way, Kylie looks flawless, and it's up to her what she wants to do with her body.

Meanwhile, I have a sneaking suspicion that even if I were to get Kylie-inspired-injections, I still wouldn't get kissed.

Citations: KYLIE JENNER'S LIPS AT THE GOLDEN GLOBES HAD EVERYONE TALKING (Harpers Bazaar)