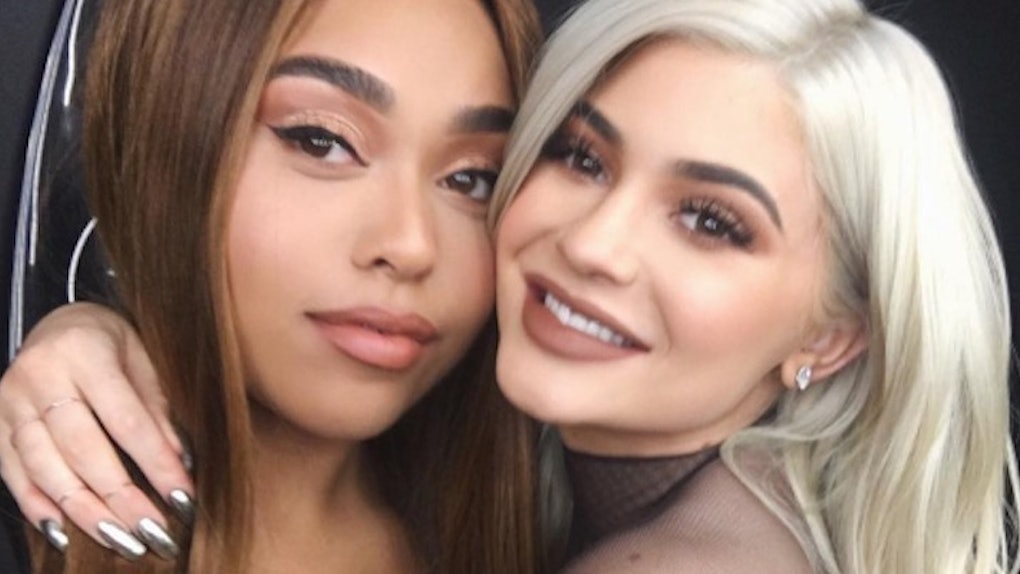 Hopefully someone bought Jordyn Woods a strong pair of pliers for her 19th birthday. She might need them four years from now.

Kylie Jenner spent the equivalent of a full high school career trapped in a Cartier wrist prison and now she's spreading the same joy to her bestie, Jordyn.

To celebrate the social media star's birthday, Kylie took her BFF to dinner where — based on the v. thorough Kylie Jenner Snapchat chronicles — the reality TV regular presented her with a $14,600 Cartier Love bracelet.

The gift was pretty generous, especially considering all Jordyn asked for was ~peace n love~.

The duo had a long night out Thursday, but not before carefully documenting the evening's lewks.

Dropping nearly $1500 on a piece of jewelry for Jordyn's birthday might be easy for Kylie, who routinely kills it with her cosmetics brand and social media fame, but her boyfriend Tyga's gift giving has already become an issue for both of them.

Tyga's drama with Jason of Beverly Hills — namely the $200,000 debt he owes the jeweler — recently cast a critical eye on gifts Kylie has received from her dude.

According to TMZ, Kylie is slated to be questioned by lawyers regarding every last present Tyga's given her.

Maybe T should leave the spending to Kylie.

tyga got kylie a really big promise ring w/ a diamond but he's in debt so how'd he payoh wait Kylie probs payed for it — ғaвι (@itsfabiii_) September 9, 2016

Whether you're a boyfriend or a bestie, it pays to be on Kylie Jenner's good side.

Oh my God. WHAT? It freaking does. Don't look at me like that. It DOES.