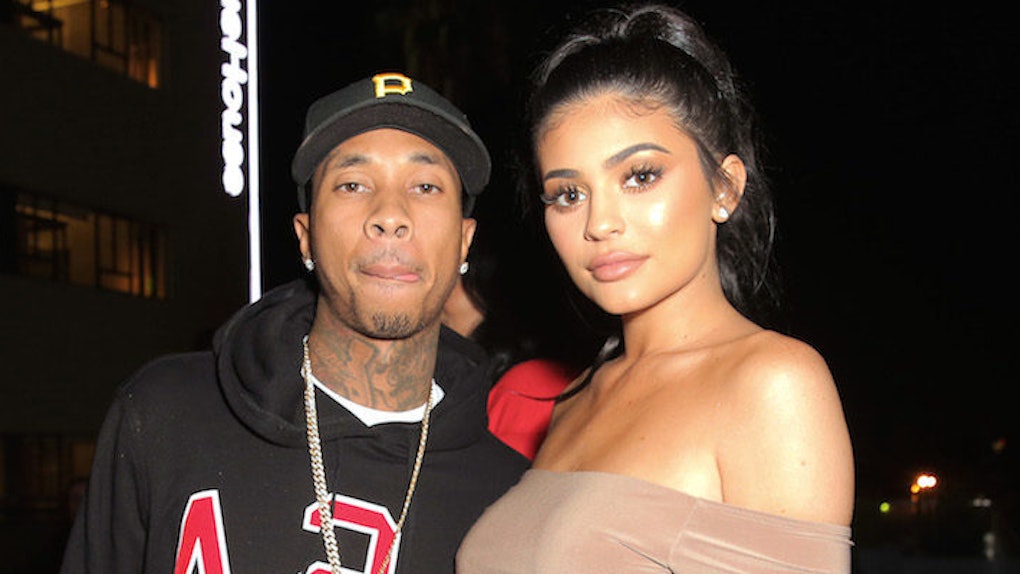 Kylie Jenner Is Being Questioned By Lawyers About Tyga's $200K Debt

Uhhhh oh. Tyga's expensive gifts for Kylie Jenner could be getting him in big trouble.

You may know the rapper has a history of buying his girlfriend very expensive items. You know, like six million cars and a whole lot of jewelry.

It feels like every day I wake up to another one of Kylie Jenner's Snapchats with the caption, "THANKS FOR THE GIFT, BABE," and a closeup pic of Tyga's face.

According to TMZ, famous jeweler Jason of Beverly Hills is going after the rapper for a $200k debt, and now Kylie Jenner has to be questioned about his spendings.

She's being dragged into the middle of Tyga's financial issues because the jeweler's law firm wants to know everything he's given her.

Damn, that's gonna take hours. THERE'S A LONG LIST, BUDDY. I hope you're prepared for this.

The lawyers are set to meet with the couple in the next few weeks so it sounds like things are pretty serious.

The source also shares Jason's legal team wants to have them arrested. OK BRO, IT'S NOT KYLIE'S FAULT. If you're given a gift, you accept it graciously.

If Tyga bought me a brand new Maybach, I'd take it and run.

But hey, I guess that's part of being in a relationship... dealing with each other's shit. I wouldn't know, I've been single for years hahaha. *SOBS*

Tyga actually had a warrant out for his arrest a day after Kylie's birthday. The issue was over rent payments, but still, the man's been in trouble for a while now.

Maybeeee he should stop buying Kylie gifts he can't afford until he's out of debt. I DON'T KNOW, JUST A SUGGESTION?

Cook her a nice meal, watch a movie on Netflix, give her a kiss on the cheek. There are other ways to show affection, just sayin'.