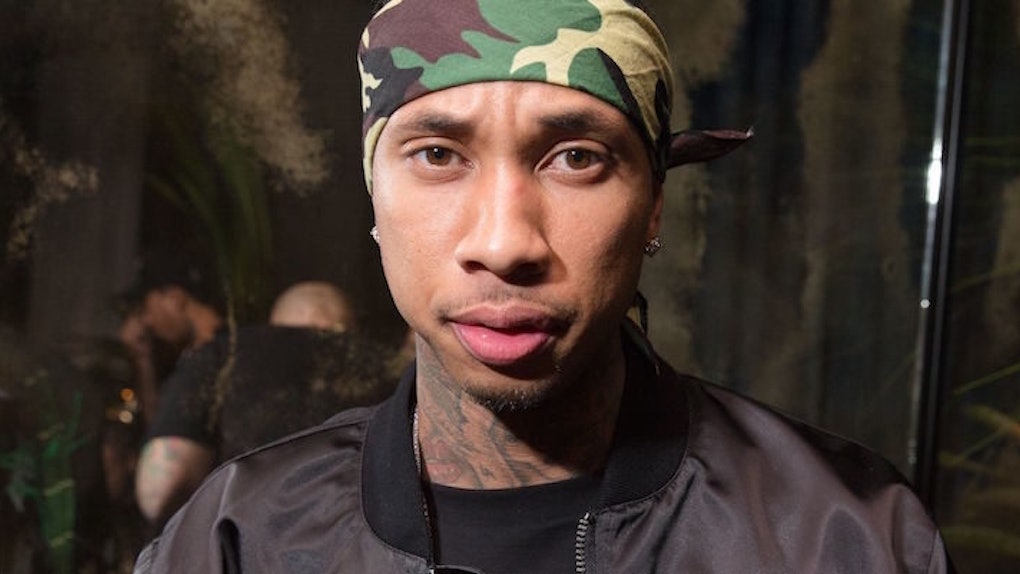 Tyga May Be Arrested One Day Before Kylie Jenner's Birthday

According to TMZ, a warrant has been issued for the arrest of the 26-year-old rapper.

The source explains Tyga didn't show up in court on Tuesday when he was scheduled to speak with lawyers and his old landlord about his rent.

Kylie Jenner's boyfriend reportedly fell behind on payments and left his Malibu home "in shambles." Prior to the court hearing, Tyga's landlord received a $480,000 judgment against him.

I guess Tyga has places to be, OK? It is the day before his girlfriend's 19th birthday. He's gotta buy balloons and stuff, probably.

It makes sense the landlord wasn't too happy Tyga was a no-show, though, especially because the judge issued a bench warrant. So yeah, Tyga could be put behind bars.

This whole situation gets more complicated because Tyga just bought his girlfriend a $200,000 car as a birthday present. Oops?

TMZ explains Kylie's new ride is a fraudulent transfer of assets and the money should have been sent back to the client.

Tyga seems to be running into a lot of money problems lately. If this keeps up, I don't think we can expect him to get Kylie another car for her 20th birthday.

Poor thing, I hope their relationship will be able to survive!!!! And um, happy birthday, Kylie?!