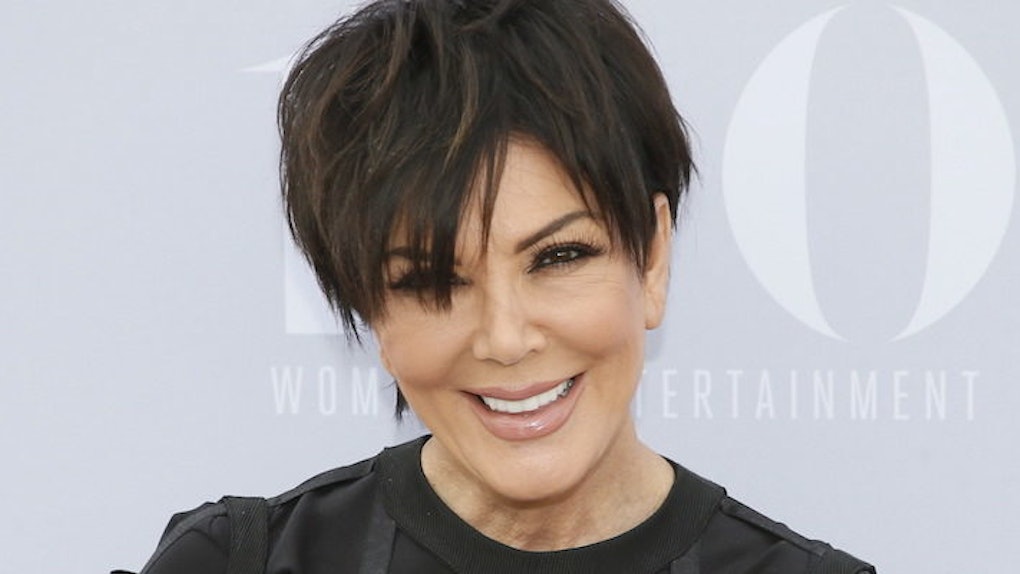 The Kardashians are better at Halloween than your family. That's just a fact, and it's not your fault.

How can you be expected to compete against a family with a bottomless money pit and some of the most photogenic children on the planet? You can't.

I'm sure your costumes were great and you snagged some choice candy while trick or treating this year, but based on the photos to come out of Hollywood, the Kardashians' Halloween absolutely crushed.

Nobody in the family crushed it more than the Momager herself, Kris Jenner, on Monday night, though.

I'd like to see anyone else on the planet pull off an "Alice in Wonderland" outfit like Kris does.

The internet could not hide their boner with a 10-foot boner-shaped tree after they saw what she was wearing.

The rest of the family were no slouches when it came to dressing up for the holiday.

Kylie Jenner's rendition of Christina Aguilera in the “Dirrty” video could not have been more on point.

Was she even alive when that video came out?

Kendall opted to go a little less specific with her costume, making it a more generic homage to the Gothic movement rather than picking a standalone Goth figure (like Marilyn Manson or Uncle Fester from "The Addams Family").

Bow to the forces of darkness!

Kourtney dressed as a Power Ranger because she is a mom and this is what moms do.

Khloé decided to pledge her allegiance to Marvel this year, going dressed as Storm from "X-Men."

This was actually part of a couple's costume, as her new boyfriend, Tristan Thompson, went dressed as Black Panther, who was famously married to Storm at one point before they got divorced.

This brings up an important lesson when making your couple's costume: Do some research first.

Even Blac Chyna got in on the fun, dressing as her hubbie-to-be, Rob K.

Citations: Down the rabbit hole Kris Jenner is a saucy version of Alice In Wonderland for Halloween (Daily Mail)