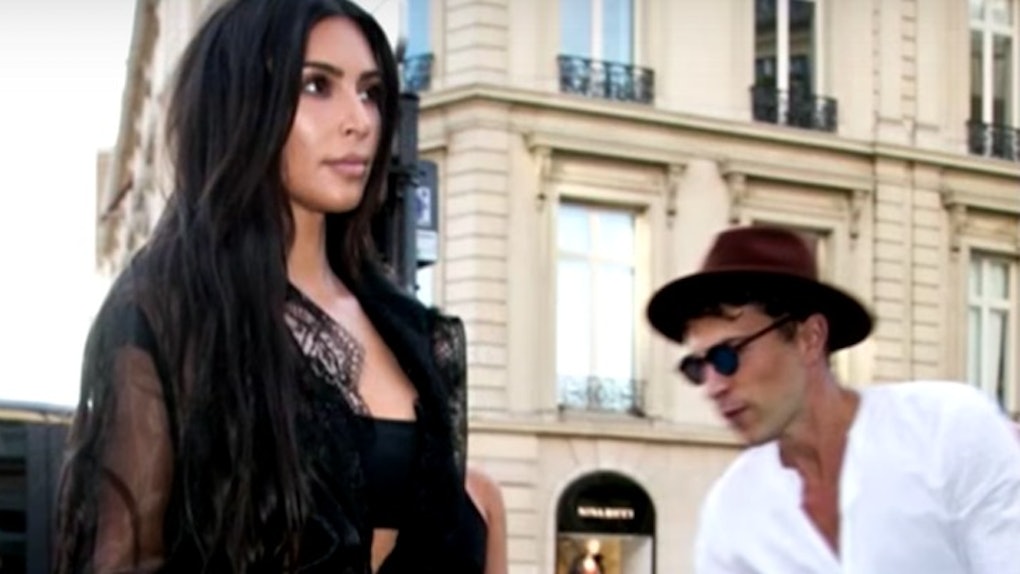 The 35-year-old star was spooked when a random guy ran up from behind her as she was walking in Paris and literally attempted to kiss her butt. As expected, Kim's security team quickly swooped in and tackled the man to the ground.

Now, it turns out Kim Kardashian is looking to make sure this man never gets anywhere near her again.

According to TMZ, Kim Kardashian has reportedly contacted authorities to ensure that the attacker responsible for the alleged assault never gets as close as he did.

In addition, Kim wants to ensure he pays the price for his actions.

The report states that Kim Kardashian is planning to file a police report with the police department in Paris against Vitalii Sediuk, the attacker some people are labeling as a "serial prankster."

She also wants to request a restraining order against the butt-kissing, Gigi Hadid-grabbing Sediuk -- and rightfully so. I mean, in what country is it normal to run up behind strangers, physically wrap your arms around them and pick them up off of their feet?!

Better yet, in what country is it normal to run up behind a complete stranger and attempt to plant your lips on their butt? Yeah, that isn't a "prank," that's assault.

This is the same guy that tried to kiss Will Smith, causing the actor to smack him across the face.

As far as his latest stunt, well, according to Vitalii Sediuk, he was simply "protesting" against Kim Kardashian's "butt implants."

I'm sure Kanye West will totally understand where you're coming from, Vitalii... NOT. Perhaps the wildest part about this situation is that this isn't the first time this guy has attempted to go after Kim Kardashian.

Back in 2014 Kim was nearly knocked to the ground after Ukranian prankster Vitalii Sediuk attacked her during Paris Fashion Week. I wonder what his excuse was for this...

Hey, clearly Gigi Hadid's deadly elbow wasn't enough to put this scumbag in his place but hopefully Kim has scared him enough before he gets seriously hurt.