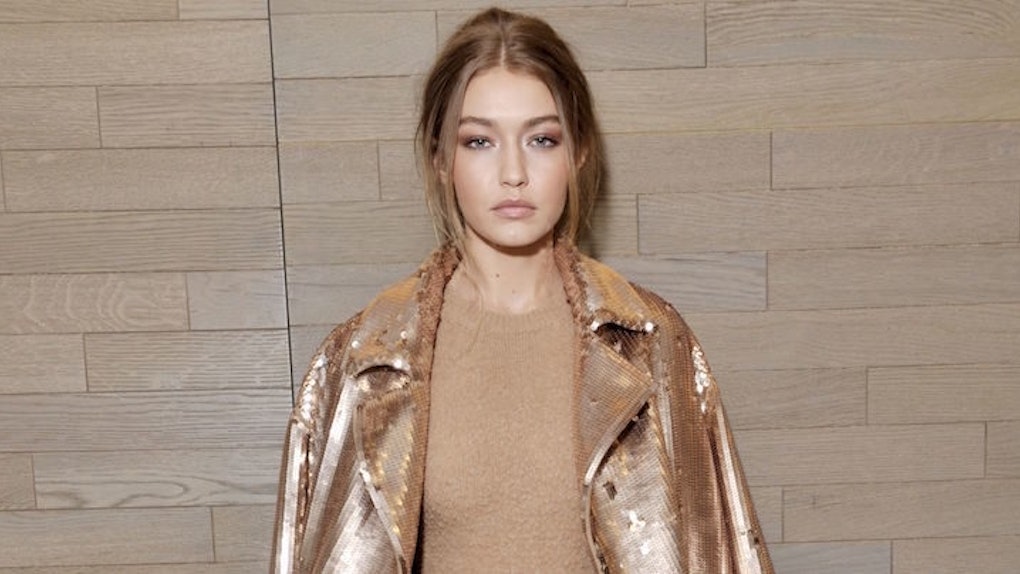 If there's one thing we learned today, it's that Gigi Hadid is NOT taking sh*t from anybody -- and definitely not from the guy who assaulted her in Italy.

The 21-year-old supermodel had been exiting a fashion show in Milan with her sister Bella Hadid when a random man popped up out of nowhere and proceeded to physically pick Gigi up off of her feet from behind.

Here's the moment Gigi Hadid was physically grabbed by a total stranger while leaving a fashion show in Milan.

In her defense, Gigi swung her elbow back a few times and hit the man square in the head causing him to flee the scene.

Since the incident, the model has been very vocal after several media outlets criticized her reaction calling it aggressive.

A reporter named Rachel McGrath defended Gigi against the bizarre headline with this tweet.

While some people are labeling the culprit a "prankster," Gigi wants you to know that he was a "complete stranger" and that she had every right to defend herself.

Then, she thanked her boxing coach.

Gigi is now using the chaotic incident to express to girls how important it is to prepare for the worst.

Thanks to Gigi's preparedness (and her boxing coach), she was able to fight off the crazed "prankster" without ANY help from her confused, stagnant security guards. It's safe to say her advice is useful to not only girls, but guys, too.

In this crazy world we live in, you have to make sure you possess the tools needed to defend yourself.

If you haven't seen the video captured during the assault, watch the craziness unfold for yourself. Who the hell does this scumbag think he is?!

Hey, Gigi, hit me up if your legendary elbow is ever available for an interview.