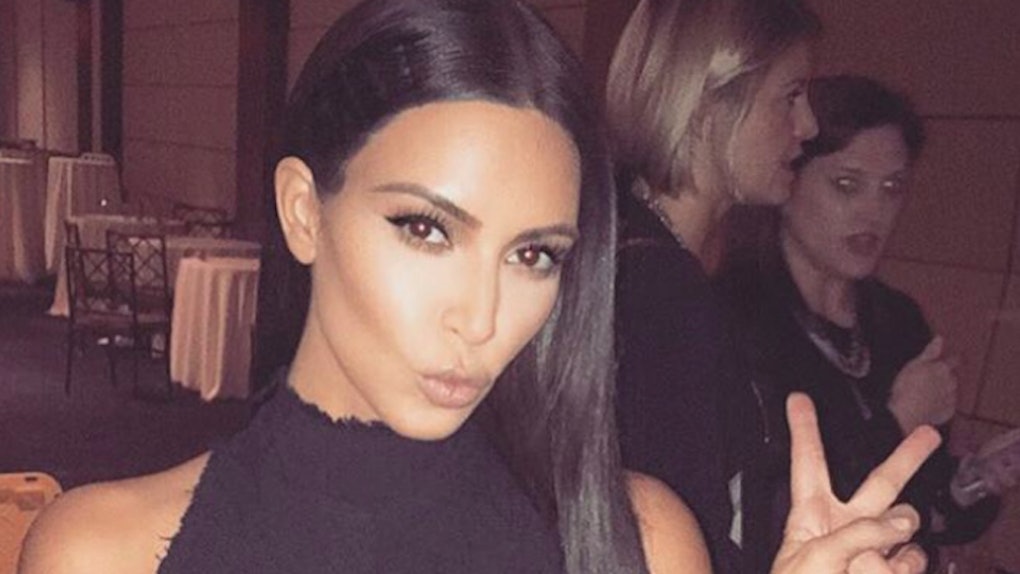 Kim Kardashian Posted A Pic With So Much Underboob

Did I miss some sort of memo? Because it would appear that 2016 is the year of the underboob. Sideboob is dead, long live underboob. (Cue trumpet fanfare.)

We reported earlier how Kendall Jenner managed to show off some serious underboob before arriving at MTV's "Total Registration Live" event, because nothing says democracy quite like celebs getting naked or exposing some skin in varying degrees.

Heck, even Katy Perry went full-on in the buff for Funny Or Die.

Of course, we naturally thought to ourselves, "Hey, lightning doesn't strike twice. There's no way two members of Kardashian-Jenner clan are going to display their underboobs within the same 24 hours."

We thought so wrong.

Well, this is me getting struck by lightning twice (metaphorically), because Kim Kardashian also posted this on Instagram picture on Wednesday.

Man, if this is the style in Paris then what the enfer am I still doing here in the USA (enfer is "hell" in French)?

Of course, letting your underboob free is perhaps the only way to recover after the stressful day that Kim Kardashian has had.

She almost had her butt kissed by the same guy who disgustingly assaulted Gigi Hadid by trying to lift her up before she elbowed him to the face.

In fact, this man was the same guy who attempted to grab Kim back in 2014. What is wrong with this dude? Seriously, this guy needs to back the f*ck off.

Now, she's pressing charges and asking for a restraining order against Vitalii Sediuk, but she certainly doesn't want any restraint against her underboob if this Instagram is any proof.

I'm glad the underboob is alive and well in 2016. Here's to many more Instagram posts that will keep this trend going.