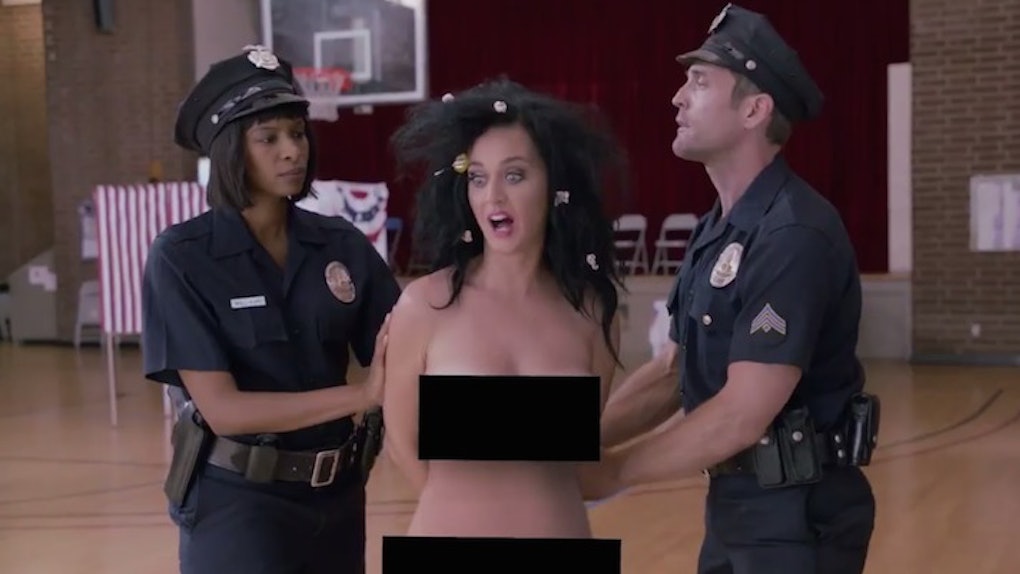 Katy Perry Votes Naked In This Funny Or Die Sketch

In case you somehow missed it, election season is in full swing.

Then again, I don't know how you could have possibly missed it since this entire nation has been pelted with political crap whether we wanted to be or not.

It's exhausting, but it's the small price to pay for living in a country that doesn't settle our major elections with military coups.

This election has brought us one amazing thing though and that's Katy Perry... wait for it... naked.

YUP! Big ups to the PATRIOTS at Funny or Die for making this election officially worth it.

OK, OK, OK, I get it. We don't actually see anything and she honestly showed more skin in the "Roar" music video but like, it's still something.

The message of the video is a pretty good one (the voting video, not "Roar." Although, there is a really good message in that video also).

As Katy says in the video,

November 8th is Election Day and I've got some great news. This year, you can look like sh*t when you vote. Yep, I've briefly scanned the constitution and nowhere does it say you can't just roll out of bed and come to the polls in whatever state you woke up in. In the name of democracy, any just-out-of-bed look is a-okay.

Perry teased the event yesterday and I think we can all agree it delivered.

TOMORROW, I USE MY BODY AS CLICK BAIT TO HELP CHANGE THE WORLD pic.twitter.com/1a2GMm6PMi — KATY PERRY (@katyperry) September 26, 2016

So take it from naked Katy Perry and naked Joel McHale (spoiler alert). Get out and vote this upcoming election!

Put some clothes on before, though. It is actually illegal to walk around with your genitals out.

Citations: Katy Perry Strips Down in Attempt to Get People to Vote (Time)